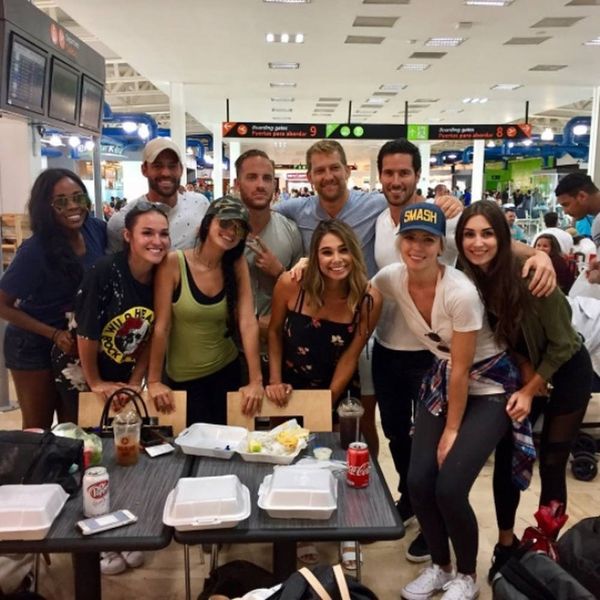 As rumors continue to buzz rampantly, fans of The Bachelor and its various spin-offs (including its newest, weirdest edition) wait to hear what really happened to cause season four of Bachelor in Paradise to be suddenly and unexpectedly cancelled. With words like “misconduct” being used, it’s clear that something seriously questionable has gone down, which has caused the stars of the reality show to come out in force with a wide range of reactions.

As others, like Robby Hayes, decided to remain quiet about the situation…

Raven, on the other hand, had no issues chiming in…

A drunk sex pot none the less

And others are somewhere in the middle…

My mind is officially blown. I don't even know, mannnnn

And all the while, former stars are tweeting their confusion, their frustration, and their support…

I remember the days when the worst things that happened in paradise were fire ants and raccoons… I hope everything is ok!

Just learned the news about #BachelorInParadise and all I can say is…. pic.twitter.com/1j5TWppau7

Sad to see #BachelorInParadise is possibly cancelled. 🥀 Roses must be dead.

Praying for those that were hurt by today's events.. respectful love should be our heart's pursuit 💛 #BIP

I feel bad for everyone involved… cast and crew… and that people aren't going to be able to enjoy an experience that meant so much to us https://t.co/QQsAp9fxAd

Hopefully everyone is ok in Paradise! How awful would it be if things are true?! Prayers! #BachelorInParadise

What was your reaction to this Bachelor In Paradise scandal? Let us know @BritandCo!