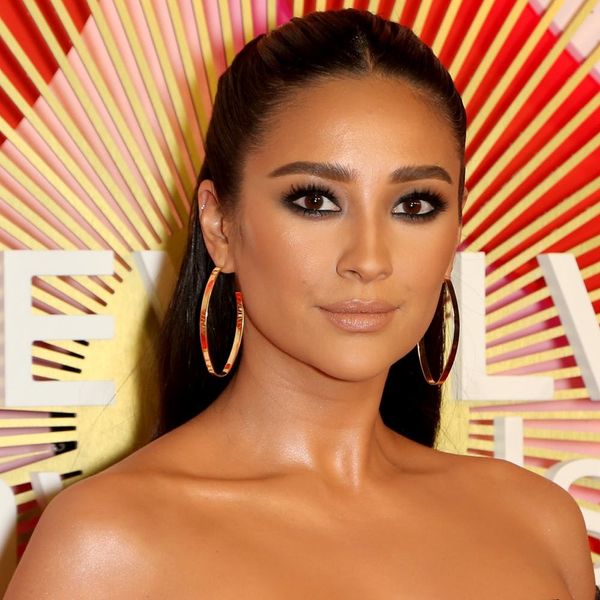 Last week, the Supreme Court of Tennessee ruled that Cyntoia Brown — a 30-year-old woman who was only 16 in 2004 when she shot and killed a man who solicited her for sex — must remain in prison for a total of 60 years, and not be eligible for parole until she has served 51 years.

Brown was sentenced to life in prison for first-degree murder in 2006, and has steadfastly maintained that she acted in self-defense against a man who she thought might hurt her.

Many people are outraged that Brown, a victim of child sex trafficking and abuse, was convicted and has lost her appeal. A chorus of celebrities have recently spoken out about Brown’s case, including Sophia Bush, Shay Mitchell, Common, and Mira Sorvino. They join a vocal cohort advocating for the last remaining legal recourse for Brown: to be granted clemency by Tennessee’s governor, Bill Haslam.

If #CyntoiaBrown’s case makes your blood boil, as it does mine, then you know what to do.
•
LIGHT UP THE PHONES. Do not let Governor Haslam’s office have one moment of quiet until he does… https://t.co/Ks5Z2v74S6

Cyntoia was a CHILD who was DEFENDING herself from a 43 YEAR OLD MAN who was trying to SEXUALLY ASSAULT her.

Civil rights groups including Black Lives Matter Tennessee and the prison abolitionist organizing collective Survived and Punished have mobilized around Brown’s case, protesting and bringing attention to the massive injustice of punishing a teenager for defending herself from an alleged predator.

Governor Haslam, a Republican, said earlier this week that he is considering clemency for Brown and will reach a decision before he leaves office in January.

Please join me and call Tennessee Governor Bill Haslam's office at (615) 741-2001 to ask that Cyntoia be granted clemency. https://t.co/aUBjVLYWEQ pic.twitter.com/rDOql2YviI

Other celebrities, including Rihanna and Kim Kardashian, spoke up about Brown’s case last year. Rihanna drew attention to Brown’s case on her Instagram, and Kardashian offered her legal team’s services to Brown.

did we somehow change the definition of #JUSTICE along the way?? cause..... Something is horribly wrong when the system enables these rapists and the victim is thrown away for life! To each of you responsible for this child's sentence I hope to God you don't have children, because this could be your daughter being punished for punishing already! #FREECYNTOIABROWN #HowManyMore

The system has failed. It’s heart breaking to see a young girl sex trafficked then when she has the courage to fight back is jailed for life! We have to do better & do what’s right. I’ve called my attorneys yesterday to see what can be done to fix this. #FreeCyntoiaBrown pic.twitter.com/73y26mLp7u

Brown’s case gained attention in the mainstream national press in 2011, when PBS’ Independent Lens series produced a documentary about her, called Me Facing Life: Cyntoia’s Story.

Mariame Kaba, a prison abolitionist organizer and educator who tweets under the handle @prisonculture and is a co-founder of Survived and Punished, tweeted on Wednesday that there “are hundreds of Cyntoias in your own states and they could use attention too.” Kaba encouraged everyone concerned by the incarceration of survivors of domestic violence to “do your own research, find out what the Governor in your state’s record is on clemency and then create a campaign to pressure them to do much more. It’s appalling that they have power to free people from cages and they rarely use it.”

Elizabeth King
Elizabeth King is a politics, history, and culture writer based in the Twin Cities. She is generally pretty cranky but still enjoys traveling, music from the early 2000's, and plotting the resistance. Feel free to say hi on Twitter at @ekingc or check out some of her work at www.elizabethcking.com.
Activism
Current Events
Activism Celebrities Controversy