Sophia Bush Wants to Change the World on #GivingTuesday 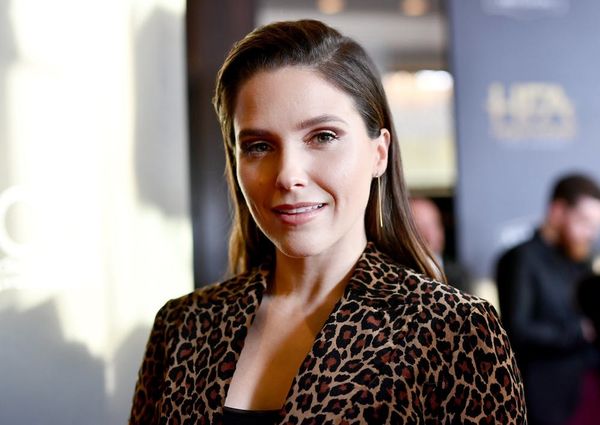 Sophia Bush is as famous for her activism and philanthropic work as she is for her acting. She’s passionate about giving back and making a difference, and she wants to empower other people to do the same. To that end, she partnered with PayPal on an initiative centered around Giving Tuesday, which occurs on the first Tuesday after Thanksgiving, following Black Friday and Cyber Monday. Ahead, she tells Brit + Co why Giving Tuesday is so important, how you can get involved, and what she’s doing to support the causes closest to her heart.

Brit + Co: Tell us about your Giving Tuesday campaign with PayPal. How did that originally come about?

Sophia Bush: I obviously am a lover of charitable giving and philanthropic involvement, and I really was so… almost relieved, I would say, when Giving Tuesday caught on. Because I think the holidays, in particular, feel so stressful to people, and everyone’s worried about getting the perfect turkey baked or the perfect holiday gift, and we get a little caught up in the pomp and circumstance. So often you hear people saying, “Oh, it went by so fast, and I wish I had just a a little more time with my family, a little more quiet time.” And I love that Giving Tuesday came in and, right between Thanksgiving and the kickoff to the rest of the holidays, reminds us that the point of all of this is to come home, and look around — look at our family, and look at our community, and look at our world, and figure out what it needs in this season of giving.

So last year — I don’t know if it’s because I use the site so much or what — the people at PayPal said, “Hey, we know you use the platform, and we do this great activation every year, where we raise a ton of money around Giving Tuesday, through the entire holiday season. Do you want to be a part of it?” Last year, we were able to raise $64 million for charity on Giving Tuesday alone. So I’m really looking forward to seeing what 2018 has in store.

B+C: So how can people use the site to get involved on Giving Tuesday?

SB: The way that it works is, on Giving Tuesday, PayPal matches donations 100 percent up to half a million dollars. Meaning that, on Giving Tuesday, if half a million dollars is donated, a million dollars is raised for charity. And all of that works through their URL, paypal.com/giveback. So you would log on and make a donation, let’s say, as a holiday gift in somebody’s name. Or maybe you’re deciding to make a donation collectively as a family. And when you log on and you do that on Giving Tuesday, it’s 100 percent matching. And then starting the day after, all the way through the end of the year, they match one percent of donations. And as you can see from 2017 — $64 million — it adds up.

B+C: For people who might not be able to give financially, are there other ways to get involved with the Giving Tuesday movement?

SB: Certainly! I think first and foremost, it’s important to remember that even $5 makes a difference. Can you imagine if every person in America donated $5 to charity for the holidays, what kind of incredible wave of life-changing giving we’d be looking at? So I think we need to undo that idea that just because you don’t have a lot, you can’t contribute. When I turned 30, I wound up building two schools in Guatemala off a fundraising campaign, and our median donation was under $50. So a little bit does go a long way, and I really want to empower people to know that.

The other thing I would say is that if you don’t really know where to start, and you don’t feel you are able to give, still use the URL as a resource. Because at paypal.com/giveback, there’s basically everything aggregated for you at your fingertips. So if you log on and you say, “I’m not really sure where to start,” you can search by topic. So let’s say you want to search animal rescue organizations, or you want to search by your geolocation and your community to see what’s happening, it will help you find the best and most trusted charities in your area. And if you can’t donate money, you can always donate time. And that’s so incredibly meaningful, whether you wind up going and working at a soup kitchen or walking shelter dogs for a day or taking the whole family to do some kind of community service activity. That, I think, is really a lovely way to spend the holidays.

B+C: You’re very vocal and passionate about a lot of causes, obviously, but are there one or two that are especially close to your heart?

SB: I’ve been an education advocate for many years. I understand the way that not only the moral issue resonates with people, but also how imperative education access and education access in gender parity really are, because when you look at the way that communities can change, even in their fiscal output, creating opportunities for girls, which, by design, also creates opportunities for boys, raises the GDP more quickly than almost anything. So that is something that will always be a primary focus for me.

But the other thing I care most about is our environment. I’m lucky to have grown up in California, and to have spent my time in the sea and on the land, and it’s such a special place, and it really reminds you of how lucky we are to live on this planet. And this year, I’m refocusing all of my fundraising efforts, and all of my annual giving to the United Way of Ventura County, because they’re doing incredible work assisting first responders and displaced communities both in Northern and Southern California amid these awful fires. It’s an odd thing to turn around and realize that your community is suffering in an extreme way. So I’m really grateful to the United Way for everything that they’re doing, and obviously to all the firefighters and all of the volunteer inmate firefighters, who are serving prison sentences and choosing to go out in some of the most dangerous conditions a human being can imagine. It’s really incredible to see how everybody truly wants to rally together and help.

B+C: We always strive to empower women to take action, both in their own lives and in the world around them. What advice would you give to someone who wants to get involved but maybe isn’t sure where to start or how to make a difference?

SB: In the same way that I suggest using our URL to find sources of giving and volunteering, I think that in the grand scheme of things, all of us need to look at what inspires us. But deeper than that, you need to look at what breaks your heart and what makes you angry. Those are things that are setting your soul on fire because you see suffering or injustice. And those are the things we all need to lean into and start working to fix, working to support, working to change. … And that, I think, is how we begin to change the world. Because when you’re witnessing injustice, when you’re witnessing suffering, and you choose to dedicate part of your life to fixing it, alleviating it, changing it, that changes everything. And it’s not just about what happens to you on the day you volunteer, or when you write the check, or when you show up to the march, or your town hall or whatever your local government happenings are. It’s about how you become a more engaged citizen.

B+C: Besides Giving Tuesday, do you have any special holiday traditions?

SB: For me, given my job, I’m always somewhere, so sometimes I’m home, sometimes I’m not. So I really try to create that holiday community energy whenever I can be in a room full of people I love.