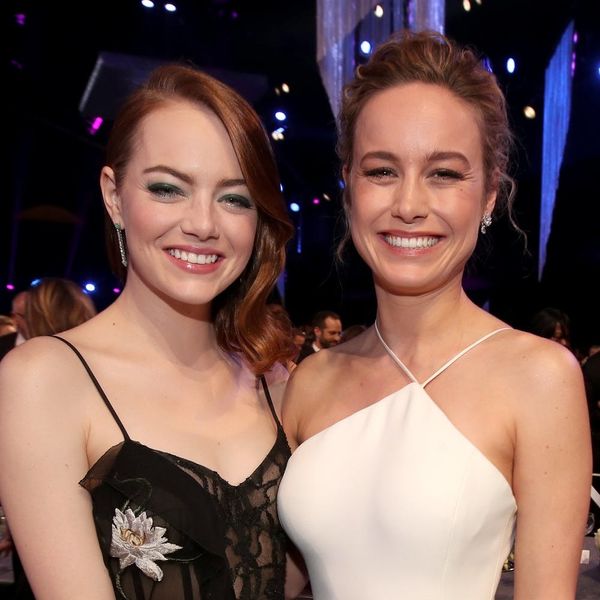 If you haven’t already caught the buzz, TIME has just released their list of the 100 most influential people making waves in our part of the world right now, from pioneers to artists, leaders to titans, and even icons. And though you probably won’t be surprised to find out that plenty of your fave celebs have made the cut, you might be shocked to discover who has been featured and who has been left out.

While it shouldn’t surprise anyone (though it may irk some) that President Trump as well as his daughter, Ivanka Trump made the list, some folks may raise an eyebrow over the fact that her hubby, Jared Kushner, also apparently earned a spot. Other notable names include Samantha Bee, Riz Ahmed, and Melinda Gates — but, naturally, they’re not the only ones who are totally influential. Chance the Rapper, Constance Wu, Jordan Peele, and LeBron James all snagged spots on the coveted list, as did Oscar-winner Emma Stone, who received a loving tribute from fellow actor and bestie, Brie Larson. And when it came to Ed Sheeran, Taylor Swift was totally on board to talk about her famous friend.

Ryan Reynolds may not have taken home an Oscar this year, but he did make TIME’s list, along with top celebs Demi Lovato, Alicia Keys, Margot Robbie, and John Legend (but not Chrissy Teigen?!). James Corden nabbed a spot (we have to assume because of his epic Carpool Karaoke), and Sarah Paulson looks absolutely stunning in the spotlight.

With all that he has going on, it should be no surprise that the multi-talented Donald Glover made the list, and we were pretty darn pleased to see that Simone Biles, Ashley Graham, and Viola Davis were also included. And if you’re wondering: No Kardashians OR Jenners made the grade this year. Ouch!

Be sure to take a peek at the full list yourself and decide who you think should or should NOT have gotten a spot on the list of influential peeps.

Who do you think should/shouldn’t be on TIME’s 100 most influential people list? Let us know @BritandCo!