‘This Is Us’ Star Chrissy Metz Has Split from Josh Stancil 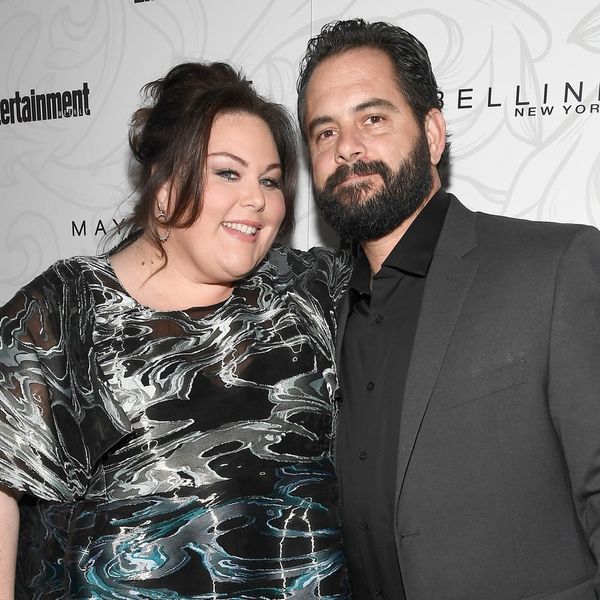 Chrissy Metz is still looking for her real-life Toby. The This Is Us breakout star and boyfriend Josh Stancil have split — though, TBH, she seems perfectly happy to be enjoying her own company at the moment.

The actress, who plays Kate Pearson on the popular NBC show, confirmed the breakup news on the Friday, March 30, episode of The Wendy Williams Show, when she replied to the host’s inquiry about her love life by saying, “I’m dating myself currently.”

Metz first met Stancil on the set of This Is Us, where he worked as a camera grip. Fortunately, she doesn’t have to worry about any awkwardness at work, as he had already “moved onto another show” before the pair decided to call off their relationship. And even if he were still a part of the This Is Us crew, Metz assured Williams that they’re on friendly terms.

“I’m always friends with people who I was previously with, which is important to me, you know?” she said. “Because you care about the person. You don’t just dump them off.” Williams didn’t exactly agree with that, responding with an emphatic, “Yes, you do,” to which Metz replied, “Well, it depends on what happened.”

.@ChrissyMetz dishes about her dating life and opens up about her new memoir, “This Is Me – Loving The Person You Are Today”. Keep watching: https://t.co/uSc3OzqtUB pic.twitter.com/M2Hr347tqO

Metz is even still friends with her ex-husband, screenwriter Martyn Eaden, who wasn’t her “forever person,” but is still a “lovely human being.”

The actress may not have found everlasting romantic love just yet, but she certainly seems to have the key to remaining friendly with past partners. You can read about that and her other relationship rules and “hilarious dating stories” in her new book, This Is Me.

Are you friends with any of your exes? Tell us about it on Twitter.

Desiree O
Desirée O is a ‘Professional Bohemian’ who loves anything and everything related to the arts, entertainment, and pop culture. She ADORES being a ‘Newsy’ for Brit + Co, covering all of the latest tidbits of awesomeness that you want to read about. When she’s not writing, she’s either making messy art, going on long adventurous walks with her camera, or poking around over at bohemianizm (http://www.bohemianizm.com/). You can find out about Desirée O and her work at http://DesireeO.com/ or follow her on Twitter @DesireeO.
Celebrity Breakups
Celebrity News
Celebrity Breakups