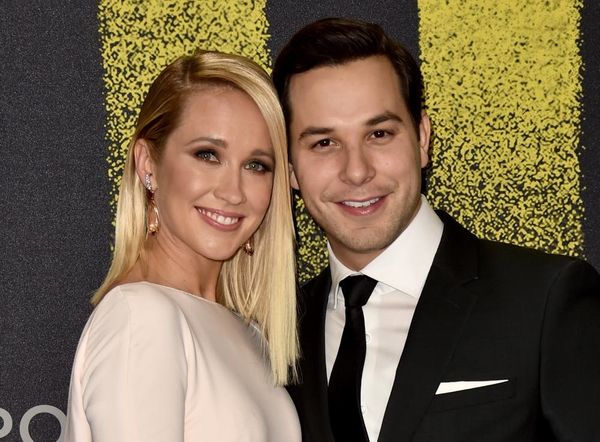 Anna Camp and Skylar Astin are no longer in tune with each other. The Pitch Perfect costars announced on Friday, April 19, that they recently split after two years of marriage.

“We can confirm that we have decided to separate, and this decision was made mutually and amicably,” the couple said in a joint statement to People. “We kindly ask for privacy as we navigate this transition.”

The Good Wife actress and the Crazy Ex-Girlfriend actor began a relationship in 2013 and got engaged in January 2016. They married the following September, in a wedding that included Brittany Snow as a bridesmaid and fellow Pitch Perfect cast members Rebel Wilson and Elizabeth Banks as guests.

This past January, Camp took to Instagram to share some throwback pics from the couple’s reception, showing her, Astin, and their guests enjoying themselves on the dance floor. “Swipe for major fun/love flashbacks at one of the coolest weddings ever thrown by the most awesome @beccamillergleason and @alexcreasia,” she captioned the photos.

Last year, while speaking about married life with Us Weekly, Camp described it as “Netflix and chill, basically.” She went on to describe a typical night at home with Astin. “We definitely stay in and curl up on the couch with our dog and order or cook food, have some rosé and watch The Bachelor,” she said at the time. “There are lots of things going on in the world where you can get incredibly stressed out. Sometimes it’s fun to just honestly laugh for an hour. It’s something that brings us both happiness and laughter.”

RELATED: The Biggest Celebrity Splits of 2018

Desiree O
Desirée O is a ‘Professional Bohemian’ who loves anything and everything related to the arts, entertainment, and pop culture. She ADORES being a ‘Newsy’ for Brit + Co, covering all of the latest tidbits of awesomeness that you want to read about. When she’s not writing, she’s either making messy art, going on long adventurous walks with her camera, or poking around over at bohemianizm (http://www.bohemianizm.com/). You can find out about Desirée O and her work at http://DesireeO.com/ or follow her on Twitter @DesireeO.
Celebrities
Celebrity News
Celebrities Celebrity Celebrity Breakups Celebrity Couples