Clarissa Explains It All Is Making a Major Comeback 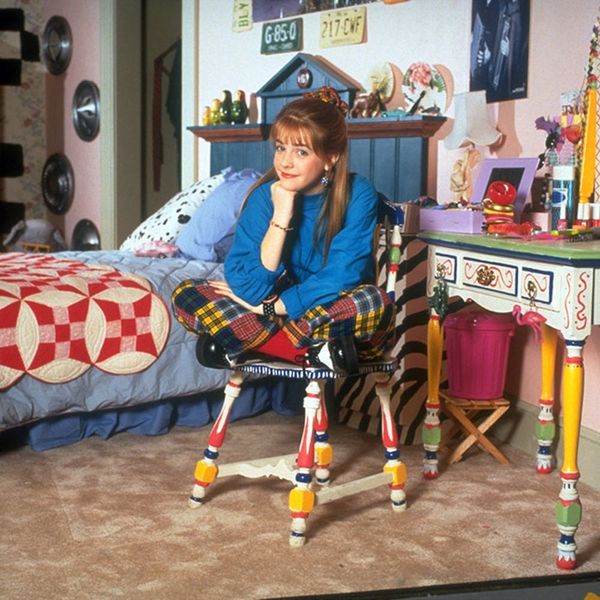 Today is a pretty great day for all you kids of the ’90s. First came the rumors about yet another Spice Girls reunion and now we’re being told that our TV BFF, Ms. Clarissa Darling is returning. We’ll go ahead and give you a minute to pile on every piece of patterned clothing you have in celebration.

Before you get too pumped we should tell you this: Melissa Joan Heart won’t be resurrecting her TV role as a now 30-something Clarissa – but that idea is actually not far off. It’s been announced that the series, which initially started as a book, will be releasing a sequel later this year (November 10 to be exact). In the new book we’ll catch back up with Clarissa, who is now in her mid-twenties, in the present day. Before you have a math-induced fit, the book’s author, Mitchell Kriegman is well aware that this doesn’t make logical sense.

He told Entertainment Weekly “The novel picks up Clarissa’s life in her mid-twenties because it’s the most interesting moment to see where she’s been and where she’s going.” We can’t argue with that. Those 20-something years are definitely a time that could use a whole lot of explaining.

Mitchell goes on to tell the magazine the new book will focus heavily on “those adult problems [that] looked way simpler from a fourteen-year-old girl perspective.” Mitchell doesn’t reveal much, but he does tell us her younger brother Ferguson has a pretty big storyline and “there’s a lot of Sam in this book in ways that are pretty meaningful.”

If Clarissa is ready to dish out some advice on starting a career in a big city or navigating the always complicated dating scene – we’re more than ready to take our trusty friend’s advice.

What are you hoping to find in this new sequel? Share with us in the comments below!

(Photos via Nickelodeon and Entertainment Weekly)

Cortney Clift
Cortney is the senior writer and special projects editor at Brit + Co. She typically covers topics related to women's issues, politics, and lifestyle. When she's not buried behind her computer you'll find her exploring New York City or planning her next big adventure.
90s
Home News
90s Books