Dancing With the Stars’ Peta Murgatroyd + Maksim Chmerkovskiy Are Expecting! 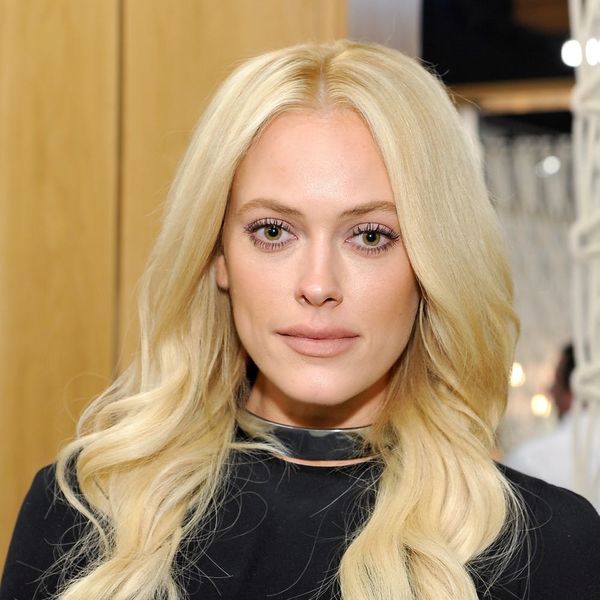 Get ready for some baby-sized ballet slippers and toddler tap shoes because there’s a new little one joining the Dancing With the Stars family. Peta Murgatroyd, the pro dancer who has taken home the mirror ball trophy twice since jumping onto the DWTS stage in season 13, has just announced that she’s pregnant with her first baby. The 29-year-old New Zealand-born, Australia-raised professional move-maker and choreographer let fans in on the news that she and her 36-year-old fiancé, Maksim Chmerkovskiy, will soon be welcoming their own tiny dancer.

The pair, who became engaged just last month, decided to make things official when Maksim got down on one knee during a performance of Sway at the Olympia Theater in Miami, getting up onto the stage and, according to US Weekly, saying, “I’m in love with you and I want to be in love with you for the rest of my life. Will you marry me?” The audience melted, and so did Peta, who accepted the star’s proposal.

No deets yet on a due date, but we’ll be keeping our eyes wide open for the first adorable baby bump pic. Congrats on your recent DWTS win, Peta, and congrats on your soon-to-arrive little one!

Did you dance through your pregnancy, for fun or for your job? Tweet us @BritandCo!

(h/t US Weekly, photos via Dancing With the Stars, Astrid Stawiarz, John Sciulli/Getty)

Desiree O
Desirée O is a ‘Professional Bohemian’ who loves anything and everything related to the arts, entertainment, and pop culture. She ADORES being a ‘Newsy’ for Brit + Co, covering all of the latest tidbits of awesomeness that you want to read about. When she’s not writing, she’s either making messy art, going on long adventurous walks with her camera, or poking around over at bohemianizm (http://www.bohemianizm.com/). You can find out about Desirée O and her work at http://DesireeO.com/ or follow her on Twitter @DesireeO.
Celebrity Baby
Entertainment
Celebrity Baby Pregnancy Pregnancy Announcements
More From Entertainment