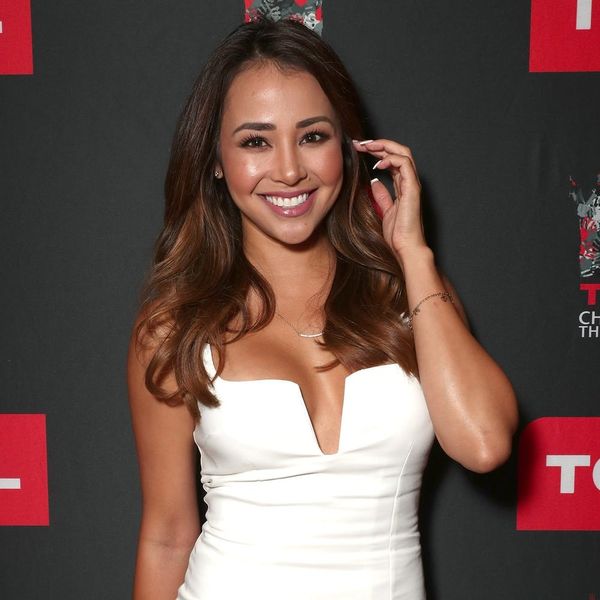 Just because Bachelor in Paradise is done for the year doesn’t mean the drama is. Season four (which was mired in controversy from the very beginning) had no shortage of romantic ups and downs, especially with The Bachelorette‘s Dean Unglert in the mix.

Unglert’s messy love triangle with Danielle Lombard and Kristina Schulman gave us more than we were expecting in the drama department. Schulman offered her take on Unglert last week, and now Lombard is sharing her side of what happened.

In a sit down with Us Weekly, Lombard said Unglert “is the kind of person who changes his mind every couple of days, maybe even every couple of hours,” which is why he was going back and forth between the two women. “He doesn’t really know what he wants,” she added.

After his waffling, Unglert’s proclamation of love for Schulman made Lombard realize that she wasn’t the issue in their romance. “When I heard that, I was just like, ‘You know what? You still have a lot of stuff to figure out. We had talked about doing things in the future together and had made plans to hang out, so it was surprising he had changed his mind,” Lombard recalled of how she felt at the time.

When Unglert said he wanted them to leave separately, instead of as a couple, she thought they were done. But according to her, he tried to smooth things over once the cameras stopped rolling.

“I hung up on him several times before actually staying on the line [while staying in a hotel after filming],” she told Us Weekly. “I gave it to him straight. I said, ‘You don’t know what you want. You made a complete fool of me on national television. You literally told me you loved someone else and now you’re calling me saying you want to hang out. I just don’t understand your thought process.'”

She continued: “He told me that he was encouraged to say those things. I just think it was his way of saving face at the end of Paradise. He came over to my hotel room and we talked some more. As soon as we got back to LA, we hung out with each other and started this off-camera relationship that I thought was going in the right direction.”

Of course, anyone who watched the September 11 reunion knows that Unglert and Lombard eventually ended their relationship (again) — and not on the greatest terms. “I’m definitely frustrated with him. I think he’s been very dismissive of our relationship and continues to allude that he only pursued me because of my looks,” Lombard admitted to Us Weekly. “I’ve never been in a position or a relationship where I’ve felt so disrespected by someone. … I don’t hate him but I am disappointed.”

Unglert, for his part, has said he regrets his actions on the show. “In the moment of filming, I didn’t realize what an a**hole I was being,” he told People. “Watching it all play back, it makes me realize that I need to change a lot of things about myself before I can actually pursue a relationship. It sucks to come to that realization that what you’ve been doing is just not right. To see how deeply upset Danielle and Kristina both were, it hurt.”

What do you think of Dean Unglert’s time on BIP? Let us know @BritandCo.

Kat Armstrong
Kat has been a writer, social media maven and mom for longer than she's willing to admit. She's also spent time in front of and behind the camera, interviewing celebs, politicians and acting as a producer for fashion and artistic photography shoots. When she isn't writing for various orgs and publications, she's hanging with her kids, husband and French Bulldog, Peter, in Toronto, Canada.
the bachelor
TV
the bachelor The Bachelorette TV
More From TV