We’re All Narcissists, But That Doesn’t Mean You Should Date One 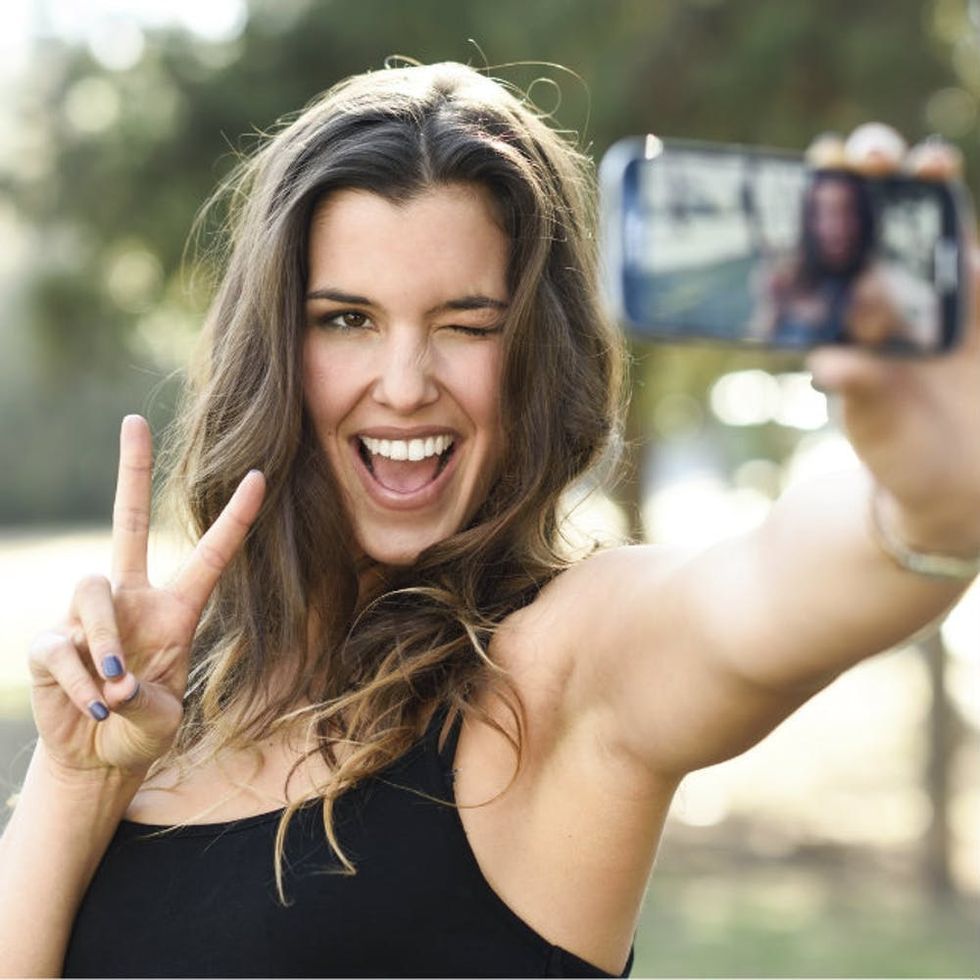 The average millennial will take approximately 27,500 selfies in his or her lifetime. Narcissistic, much? Actually, yes, but don’t freak out just yet. Narcissism, not to be confused with confidence or self-love, is defined as an “excessive or erotic interest in oneself and one’s physical appearance.” It’s the word “excessive,” which implies an element of abnormality, that gives the trait such a bad rap. But none of us can escape narcissism entirely, at least according to California-based clinical psychology Dr. Julie Futrell, who explains that everybody is slightly narcissistic and that this so negatively connoted trait actually operates on a spectrum.

Futrell describes narcissism by means of metaphor. “Productive narcissism” is a functioning anchor, grounding us and giving us a sense of self; “severe narcissism” is too heavy an anchor, drowning us and inhibiting our ability to see and hear outside of ourselves.

Throughout the course of our lifetime, we may slide around this spectrum. “There are times when life conditions happen that make us farther along that continuum than [other times],” Futrell says. “And then, when life gets a little bit better, we shift out of that, and we’re able to be more gracious.” Graciousness is the opposite of narcissism, according to Futrell.

This ebb and flow can make it difficult to identify more chronic, or severe, narcissists. According to Futrell, some surefire signs are: 1) a lack of capacity for differing viewpoints or types of people, 2) a constant need for validation, 3) abrupt anger when validation is not provided, 4) victimization of themselves, and 5) a need to be the center of attention. Futrell says these traits lend themselves poorly to relationships, and for this reason, she discourages people from engaging in relationships with severe narcissists.

“People who are dating narcissists will often say, you know, ‘Everything has to be about him or her all the time; there’s no room for me,’” Futrell describes. This metaphorical lack of space can be harmful to the other partner’s mental health over time.

“[Narcissists] are like a black hole,” she adds. “They suck everything in until people end up depressed, and they end up anxious, and they don’t really know what’s happening. It becomes sort of crazy making.” (“Crazy making” is a term similar to gaslighting, which is the manipulation of someone into questioning his or her own sanity.)

Although Futrell makes it clear that there is no such thing as a perfect relationship, some key components are a give-and-take dynamic, a willingness to hear your partner out during disagreements, and open, honest engagement with the other person. “Those are things that are very limited for narcissists,” Futrell says.

In order to have a functioning relationship with a severe narcissist, though not advisable, one must have a solid sense of self and an awareness of the other person’s narcissism and the limitations that come with it.

Do you agree narcissism is a good thing in moderation? Tweet us @BritandCo!