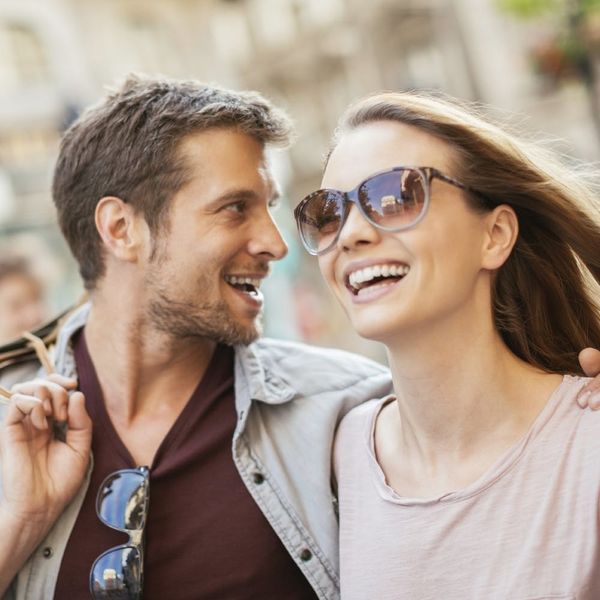 If you’re single and in your 20s or 30s, your social life probably involves dating. Whether you’re meeting on Tinder, through friends or at a bar, chances are you’ve met someone and are totally digging their vibe, and maybe even hooking up from time to time. You’re not exactly a couple, but you’re not not a couple either, y’know? But what does it mean? Who is this person to you? Feeling confused, yet still oddly confident in your budding romance, you may be in this very specific type of relationship.

This pairing you may find yourself in is being called a dating partnership, a term coined by writer Kate Hakala. Her original article on the subject appeared on .Mic last year, but it’s been getting new traction with the Season Three release of Broad City. A dating partnership is exactly what Ilana and Lincoln on the show have, so it’s no surprise that the term is getting a new lease on life.

We asked about the term and why it was created last year, and Hakala says it was coined out of necessity.

“I was continuously having these kinds of amorphous, non-exclusive romantic relationships and when I went to describe them to friends, I didn’t have any language for them,” she explains via email. “These were months-long or years-long (in some cases!) casual romantic and sexual relationships. They weren’t hookups. They weren’t boyfriends — but they came with a kind of frequency and intimacy that was just as fulfilling at the time.”

So basically, your dating partner is not Mr. Right, but he’s Mr. Right Now (and you’re happier for it). But what sets a dating partner apart from someone you’re seeing or dating? Hakala explains, “I usually see dating as the ‘on ramp’ to a relationship. Usually with dating, after a good amount of dates, you decide whether to end it or turn it into a full-blown relationship.”

Obviously, a dating partner could become a long-term partner down the line, but this newly named relationship is exactly the kind of romance for right now. And with spring just around the corner, who wouldn’t want a dating partner to explore with?

Do you have a dating partner? Do tell @Britandco!

Kat Armstrong
Kat has been a writer, social media maven and mom for longer than she's willing to admit. She's also spent time in front of and behind the camera, interviewing celebs, politicians and acting as a producer for fashion and artistic photography shoots. When she isn't writing for various orgs and publications, she's hanging with her kids, husband and French Bulldog, Peter, in Toronto, Canada.
Dating
Relationships
Dating