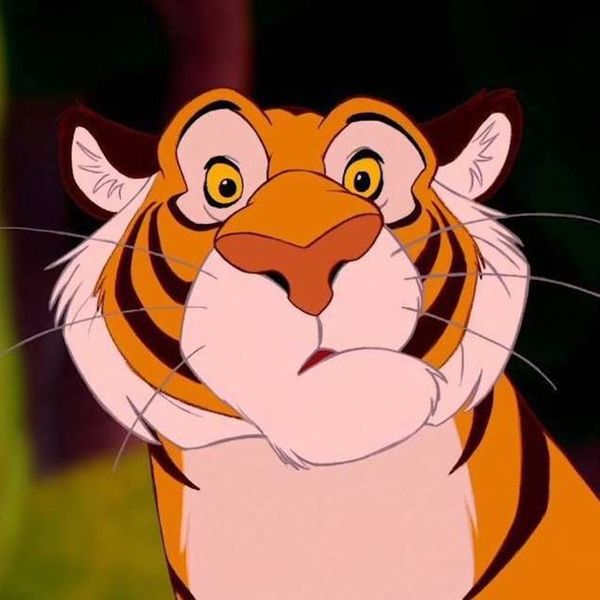 When Will Smith shared the first photo of Disney’s live-action Aladdin cast on set, there seemed to be a few key characters missing from view, namely of the animal variety. As it turns out, there’s at least one old favorite that actually won’t be getting any screen time at all, with news breaking that Princess Jasmine’s beloved tiger, Rajah, won’t be part of the remake.

Instead, according to Entertainment Weekly, the Guy Ritchie-directed remake will introduce audiences to her human handmaiden, Dalia, to be played by Nasim Pedrad (ER, Saturday Night Live, Scream Queens), pictured below.

Naomi Scott, who has taken on the role of Princess Jasmine, spoke to The Hollywood Reporter about the change, explaining that for her, adding another female-centric role was key to the new film’s success. “I never realized it, but in the animation, Jasmine is really the only female character — isn’t that crazy? The Dalia character is so important to this movie, because she’s the only other female character.”

She also gave us a bit more insight into her new fictional friend, telling THR, “She may be the handmaiden, but they’re best friends; they’re so close because they’ve grown up together. So, we wanted people to watch the movie and see Jasmine’s relationship with another woman, and be like, ‘Ah, that’s what I’m like with my girlfriend,’ or ‘We would so do that if I was in that position.’ That’s something that’s missing from the animation.”

While we must admit we’ll certainly miss the tiger in question, we’ll reserve our judgement until Aladdin hits theaters on May 24, 2019.

What do you think about the fact that Disney’s new live-action Aladdin remake will replace Rajah the tiger with Dalia the handmaiden? Let us know @BritandCo!