UPDATE: Trump *Didn’t* Change the Name of Black History Month, After All 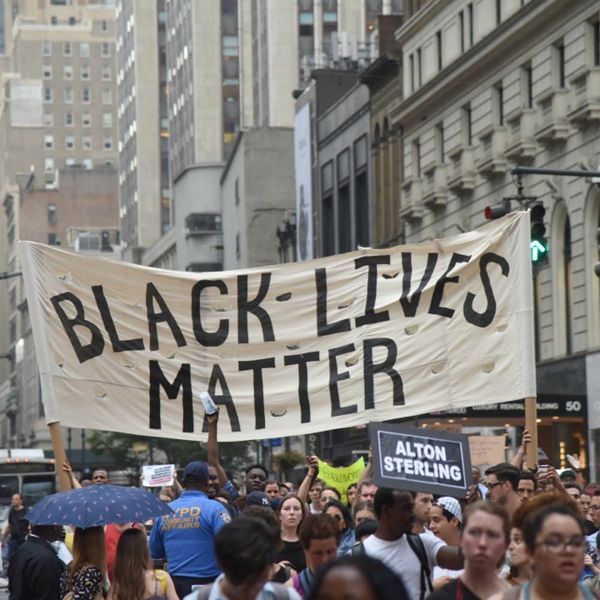 EARLIER: The more things change, the more they stay the same? Probably not in this case. As President Trump goes through his first 100 days, he can’t leave anything as it is, not even Black History Month. While we expected to take time out to watch some of the movies that honor Black History, and read some engaging books about the many black people who’ve made America what has been, the president has released a memo renaming the month that’s dedicated to education and reconciliation with a group of people that the country hasn’t exactly treated with fair and equal human rights… and many people are (rightfully) not very happy.

According to TMZ, President Trump is now calling Black History Month “African-American History Month,” with claims that “black leaders” were consulted before Trump decided to change the name. This is something we’re not buying, and while it might seem like not a big deal, this name change is actually pretty offensive.

Many activists are speaking out, and to say they are unhappy is an understatement. Changing the name erases blackness and positions black people as those who were not brought to North America as slaves, but as willing immigrants to the country. This name change completely erases the history of black people in the country and makes them welcome participants in their own oppression.

Many are noting that the renaming sounds awfully like an “All Americans History” or all-lives matter type change.

Mike Pence is getting trolled for using #BlackHistoryMonth to praise Abraham Lincoln for ending slavery with #PenceBlackHistory: pic.twitter.com/eNtjjOIsPz

On top of this awful erasure of slave history, Vice President Pence is facing major heat for a Black History Month Tweet he made asking people to be grateful for President Lincoln for “freeing the slaves” using the hashtag #PenceBlackHistory.

Maybe one day we’ll get a break from these dramatic turns, but today will not be that day. At least we can continue to look at the Bey pregnancy announcement reactions to help us sleep at night.

How are you celebrating Black History Month? Tell us @BritandCo!