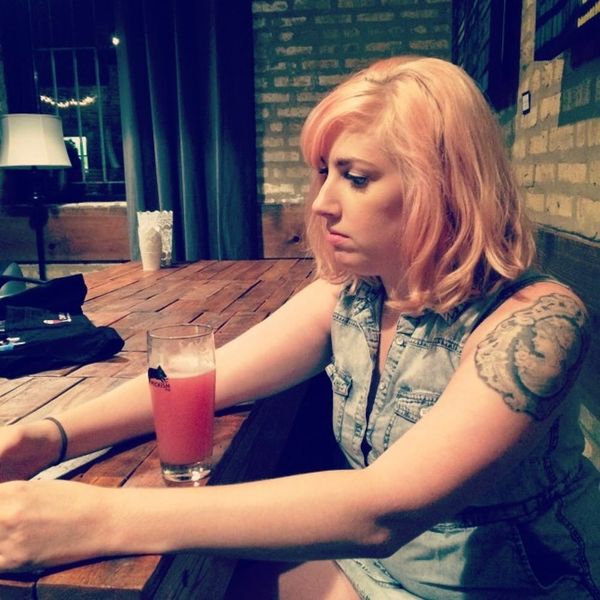 Dry January is a concept that seems to get more popular every year: Start the new year by taking a month off from drinking. It’s an idea that I’d toyed with for a couple of years, but I held back for a few reasons. First, in addition to freelance writing, I’m a server at a charming brew pub called Peckish Pig, so booze is a large component of my job. Second, I date and now live with a bartender and home brewer. Thirdly, well, I like drinking. I could qualify as a beer nerd depending on who you ask (my favorite style of beer is a saison), I love a classic cocktail and nothing sounds better to me on a winter night than a good red or hot toddy… or a spiked hot chocolate. The odds, it seemed, were stacked against me.

This brought up an awkward question: Do I want to take the month off of drinking because I’m a booze-loving booze bag with a problem? My honest answer: No. Don’t get me wrong, I’ve had some silly stupid nights I’d like to forget (some I honestly don’t remember) that were fueled by alcohol, but usually I know my limits pretty well. Truthfully, I just wanted to see if I could do it. I knew it would be a challenge, but it was something I wanted to try. The pros of doing it outweighed the cons by quite a bit, so I dove in. This year I had my first Dry January, and this is how it went.

Of course, it all started with a hangover. I decided to start on January 5th, the day after my company’s holiday party, in order to avoid the “aww, come on, it’s a party!” type of pressure that could come with that. When one starts drinking for free at 4pm, the results are not bound to be pretty. So, my first dry day started the month-long trend of drinking lots of water. I also bought a kombucha and La Croix to further aid said hangover, with an emphasis on hydration instead of my typical “hair of the dog” solution: a bloody mary. I knew the month would be long and that this would be a rough start, but I thought to myself, “It can only get better from here, right?” More water intake meant better hydration, more energy and clearer skin, to name a few perks, and ID-ing a few special non-alocholic drinks to keep on hand when water got boring — and made craving my favorite brunch drink less overwhelming.

I used Dry January as a starting off point for my other New Year’s resolutions. To be honest, I hate resolutions and don’t usually make them, because I think if you’re going to vow to make changes, they shouldn’t just happen once a year. But 2016 is (gulp) the year I turn 30. The older I get, the more I want to get better at things like saving money (a huge motivation for my D.J.), taking better care of my mind and body and, as silly as it sounds, getting better sleep. I thought Dry January would help me make better choices than blowing money, consuming a lot of empty calories and having restless night besides affecting issues like anxiety or depression. I kept those objectives in mind throughout the month — and they really helped.

I allowed myself some cheat moments and tried not to beat myself up about it. I knew going into the week that my biggest temptations would be at my place of work. We have great beer on draft, a fantastic wine and cocktail list (employees get drinks for half off!) and my job just so happens to be next door to what is arguably one of the best cocktail bars on the North Side of Chicago (shout out to Ward Eight!). I told myself the only stuff it would be okay for me to consume at work would be any new beer we had on draft so I could better describe it to people, and that’s it — no going next door for a post-work cocktail and no shift drinks all month long. It is crazy tempting after a long, stressful day to go for a nightcap, but I kept my promise to myself. As boring as it sounds, after work I’d go home and have a cup of chamomile tea before bed. That was my new night cap!

There was, however, one occasion I (gasp) had two beers at a friend’s birthday party. After I “broke the rules,” I turned into my own biggest bully, but I eventually eased up on myself. It was one night the whole month, I told myself, and since I wasn’t drinking to excess, I officially gave myself a pass.

The perks really outweighed the drawbacks. The biggest difference I’ve seen through the month was that I was sleeping more soundly, not waking up in the middle of the night and not being able to fall back to sleep — my typical I’ve-been-drinking side effect. It resulted in having way more energy throughout each day, and I just felt better overall. As much as I wanted to grab a cocktail or beer with coworkers or sip on some whiskey on the couch with my boyfriend (who has been very supportive the whole month), I knew that the overall goodness I was feeling would be more satisfying.

Halfway through D.J., I even felt motivated to finally go ahead and try a free week at the gym near my house that I’ve been putting off for months. The extra energy I had from not drinking really motivated me to get up and get moving. During my free week, I tried classes like yoga, pilates and this new “power ballet” sensation that I’m already a huge fan of. Just that bit of extra energy helped me fight the winter woes that would usually keep me on the couch. Now, I’m a full gym member and couldn’t be happier with that decision, so yay!

In terms of fighting the financial weight loss, I definitely ended up saving money. I downloaded an app, Penny, that helps you figure out your own spending trends month by month, and it turns out that in January, I spent about half the money I spent in December on food and drink. Now, when I went out on weekends, I was saving $20-$40 by not grabbing a shift drink or a cocktail next door. This is the kind of stuff I usually don’t even think about — it’s natural for me to grab a night cap next door and decompress from a busy night. Taking a break from it definitely made a difference. This isn’t to say I will stop going out altogether, but in the future I’ll probably opt for a night in making cocktails with the boyfriend (with him being a bartender and all) rather than going out every weekend post work.

Most importantly, for me, the occasional anxiety problems I’ve had have eased up in my sans-alcohol life. December was rough, given the stress of the holidays, the business of both jobs and having to sign up for a new healthcare plan. After a few conversations with various friends, I realized that alcohol always came up as something that can increase anxiety. Anxiety issues aren’t a constant struggle for me, but the month definitely had a calming effect on me, and it wasn’t all just due to the chamomile that I drank. The added baggage of drinking (and the day after) was lifted, and I was able to focus more on being productive, not overwhelming myself and not worrying about not being productive. While I wasn’t stress free, my stress felt easier to manage. For all of these reasons, I don’t regret taking my break at all.

This isn’t to say I’m going to quit drinking altogether, but I’ll take breaks more often. I know myself, and I know that even though the tea I’ve been drinking is very good, the first sip I take of my first old fashioned back will be really delicious. As weird as it sounds, booze is a fairly big part of my life, at least for the moment. I can’t say I’ll give up drinking completely, but I can see myself taking more breaks like this, even if it’s just a week or two. Perhaps during times of added stress, taking a break will help ease things up. I can confidently say that this will not be my last Dry January. If you missed it, I recommend giving Dry February or Dry March a try for anyone who’s looking for stress relief outside of a bottle.

Did you try to do Dry January? Tweet us about your experience @BritandCo!

Kristin Egan
Kristin is a Chicago-based freelance writer who is trying to "adult" as much, or more so, than the next girl. She studied at UW-Milwaukee and also attended "funny school" at comedy institutions like Second City and Improv Olympic. When she's not writing, she spends her time hunting for the perfect iced coffee, listening to too many podcasts and hanging out with her cat, Lou.
Adulting
Health
Adulting Healthy Living
More From Health