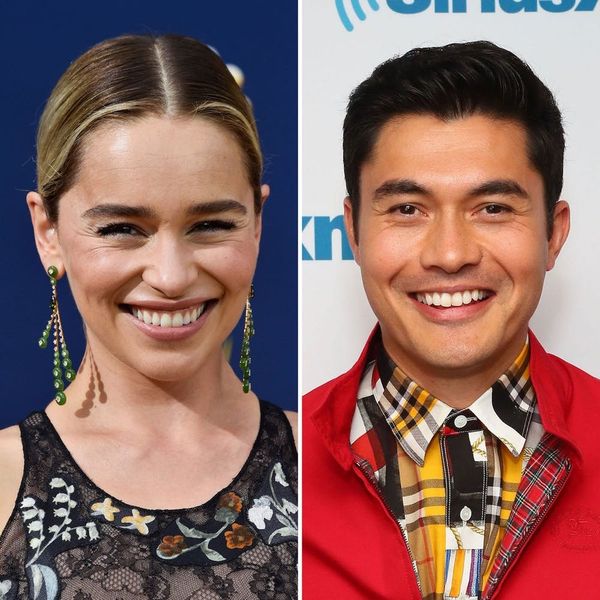 Henry Golding is having a (well-deserved) moment in Hollywood right now, starring in both Crazy Rich Asians and A Simple Favor. And now he’s booked another role alongside Game of Thrones‘ star Emilia Clarke in Last Christmas, an upcoming film directed by Paul Feig (who also directed Golding in A Simple Favor) and co-written by Emma Thompson and Bryony Kimmings.

According to The Hollywood Reporter, many of the details around the project are being kept under wraps for now, but the film is described as a “holiday romance set in London.” Based on that description and the people involved with the project, we feel pretty confident saying this is going to be one of our new favorite Christmas movies.

Clarke starred in another British romance, Me Before You, in 2016, but she is of course best known for playing Daenerys Targaryen on HBO’s Game of Thrones. She also appeared as Qi’ra in 2018’s Solo: A Star Wars Story and has finished filming Above Suspicion, the true story of an FBI agent who has an affair with a woman who becomes his star informant.

Golding, meanwhile, has quickly solidified himself as one of Hollywood’s hottest leading men — despite having only appeared in two movies. (He was a TV host prior to Crazy Rich Asians.)

The actor doesn’t necessarily feel like a leading man, though. “I’m an inner geek,” he confessed to Brit + Co at A Simple Favor‘s world premiere at NYC’s Museum of Modern Art on Monday, September 10. “I’m a massive comic book fan. I grew up on fantasy books, and I still love them. Science fiction is like my greatest thing. I used to play Pokemon as a kid, I used to play Magic the Gathering. Could not get any geekier, really.”

Geeky or not, whatever Golding is doing is working for him.

Are you excited to see Henry Golding and Emilia Clarke in a holiday romance together? Tell us @BritandCo!