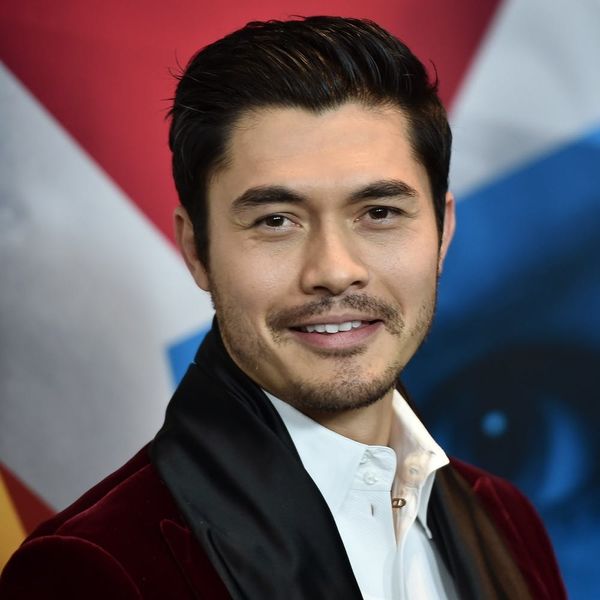 Henry Golding made his feature-film debut as the male lead in this summer’s smash-hit rom-com Crazy Rich Asians. Now, less than a month later, he’s starring in another one of the year’s buzziest movies: the Blake Lively and Anna Kendrick thriller A Simple Favor. Golding plays Sean Townsend, the husband of Lively’s enigmatic character Emily Nelson, who disappears after asking her best friend, Kendrick’s Stephanie Smothers, to do a “simple favor” for her.

Promos for the Paul Feig-directed film have been intentionally vague, which plays into the movie’s central mystery. One of the themes in the story — and this is in the trailer, so it’s not a spoiler — is the idea that we all have these secret sides of ourselves, these things that nobody else knows about us. So, we had to know: What would people be surprised to find out about Golding?

“I’m an inner geek,” he told Brit + Co at the film’s world premiere at NYC’s Museum of Modern Art on Monday, September 10. “I’m a massive comic book fan. I grew up on fantasy books, and I still love them. Science fiction is like my greatest thing. I used to play Pokemon as a kid, I used to play Magic the Gathering. Could not get any geekier, really.”

Somehow, we have a feeling that will only make him more attractive to fans. As Nick Young in Crazy Rich Asians, Golding didn’t just sweep Constance Wu’s Rachel Chu off her feet — he made audiences all over the world fall in love with him, too. The actor, who’s married to TV host Liv Lo, appreciates the enthusiasm but admits that all of the attention has been a little overwhelming.

“I guess it’s a blessing?” he joked. “A lot of people are like, ‘How do you feel about being a heartthrob?’ And I’m like, ‘I’ve been the same guy for a little while.’ But no, it’s been extremely sweet. It’s been amazing, especially being able to work with Paul Feig on this film. I’ve been such a fan of his for so long.”

Feig has similar praise for Golding. “I love Henry Golding so much,” the director told THR. “He’s the greatest guy and the nicest man in the world. And he works so hard and he’s just a team player. He’s so elegant. I feel like I’ve got my own personal Cary Grant now, so it’s very exciting.”

Are you excited to see Henry Golding in A Simple Favor? Tell us @BritandCo!