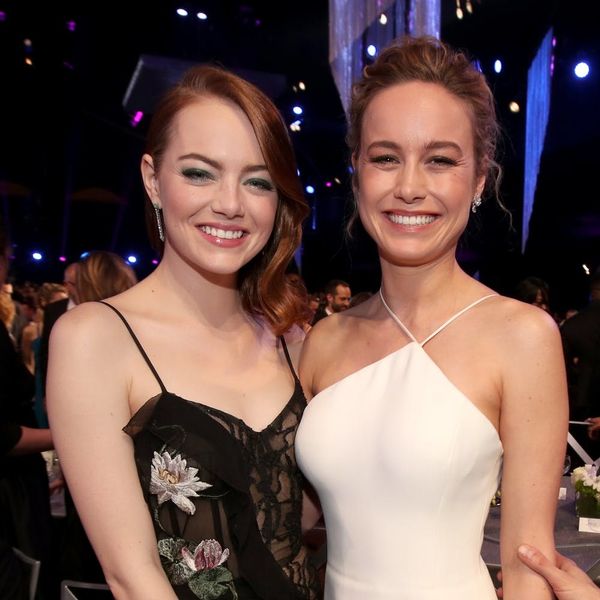 Emma Stone and Brie Larson are not only two of Hollywood’s hottest talents and a duo of Oscar winners, but they also happen to be fabulous friends. That’s why, after Emma Stone’s big win at this year’s awards, she adorably broke down in Brie Larson’s arms while the two celebrated backstage.

Spotted hanging out at various events throughout this year’s awards season, it was clear that these two were becoming fast friends and totally BFFs. We saw proof of that yet again when Emma Stone took home the Oscar for Best Actress for her role in La La Land and Brie Larson was right there to congratulate her pal.

Brie Larson posted a pic of the moment she greeted Emma Stone backstage, and OMG. With Larson giving Stone a hug while clearly feeling touched by the moment, the new Best Actress was still reeling from her win and broke down in her friend’s arms.

Larson added the caption, “You know what’s better than winning? Watching your friends win. @theacademy.” While it’s hard to imagine anything topping an Oscar win for an actor, Brie Larson’s sentiment just goes to show how sweet the friendship is between these two.

Which of your besties do you love to share special moments with? Let us know @BritandCo!