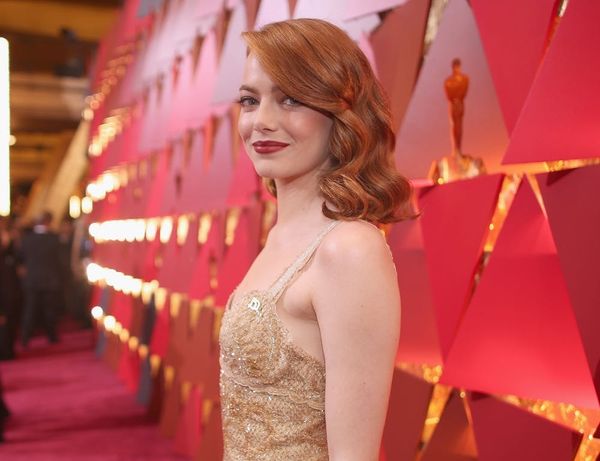 The Spice Girls recently announced their long-awaited reunion tour, and aside from Adele, there might be no one more excited than superfan Emma Stone, who revealed in a new interview that she even changed her name because of the girl group.

Appearing on Jimmy Fallon’s Tonight Show, Stone jokingly deflected the late-night host’s questions about her fandom, before admitting just how into the ’90s group she was as a kid. “I was super blonde, and my real name is Emily, but I wanted to be called Emma because of Baby Spice and, guess what, now I am,” Stone said. “So, that’s pretty messed up.”

Stone didn’t technically change her name until she landed TV roles on shows like Medium and Malcolm in the Middle in the mid-aughts and went to register for her SAG membership. (Emily Stone was already in use.) But, as she told Fallon, she’d had the idea long before that.

“In second grade, did I go up to the teacher and ask her to call me Emma? Yes, I did,” Stone joked. “And was it because of Emma Lee Bunton from the Spice Girls? Yes, it was.” Strangely, when Fallon asked The Favourite actress to take a “Which Spice Girls member are you?” quiz, she got Posh Spice.

So does Stone plan on making the trek to London to see the Spice Girls (minus Posh) next summer? “I saw them in concert in the ‘90s. I saw them at O2 Arena in 2008, and they recently announced a new tour and I will be going to that somehow,” she said. “I don’t think tickets are on sale yet, but I’m gonna figure it out.”

What bands or artists were you obsessed with as a kid? Let us know @BritandCo.