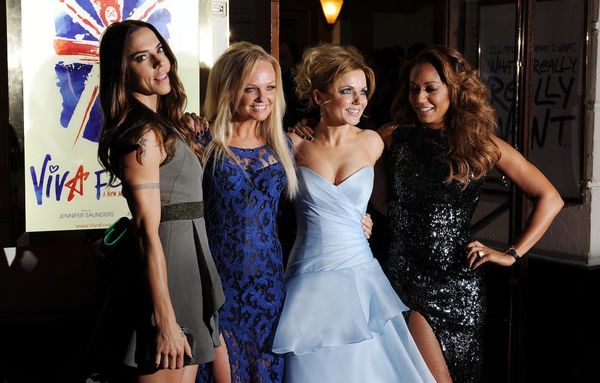 The Spice Girls have been teasing us with the possibility of a reunion for far too long, and on Monday, November 5, four of the five original members finally revealed their plans for a 2019 tour.

“Breaking Spice news,” the group’s official Twitter account posted. The tweet was accompanied by a video featuring “Ginger Spice” (Geri Halliwell), “Baby Spice” (Emma Bunton), “Sporty Spice” (Mel C), and “Scary Spice” (Mel B) as news anchors getting ready to announce the tour by singing a few bars of their hit song “Spice Up Your Life” together.

“We are in fact going on tour and people need to see it to believe it,” Halliwell said as Mel B scolded her for not sticking to the planned dress code and instead busting out one of her iconic late-’90s sequined numbers.

“Girls, seriously. We can’t be falling out now if we’re going on tour,” Mel C intervened.

Sadly — but not unsurprisingly — the video did not feature “Posh Spice” (Victoria Beckham), who has been absent from the reunion rumors of late. Beckham sent her support to her former bandmates, though, and celebrated the news on social media.

“Today marks a special day for the girls as they announce the first tour dates since we performed together in 2012!” Beckham wrote on Instagram. “I won’t be joining my girls on stage again but being in the Spice Girls was a hugely important part of my life and I wish them so much love and fun as they go back on tour next year. I know they will put on an amazing show and the fantastic fans past and present are going to have a wonderful time!” She signed the post “x VB,” and added a #friendshipneverends hashtag, just in case we weren’t already emotional enough over the reunion news.

So far, the Spice Girls have six UK dates set for June 2019, and they’ll be joined by special guest Jess Glynne. Check out the tour dates below — and happy trip planning!

Would you plan a trip to see the Spice Girls reunion? Let us know @BritandCo!