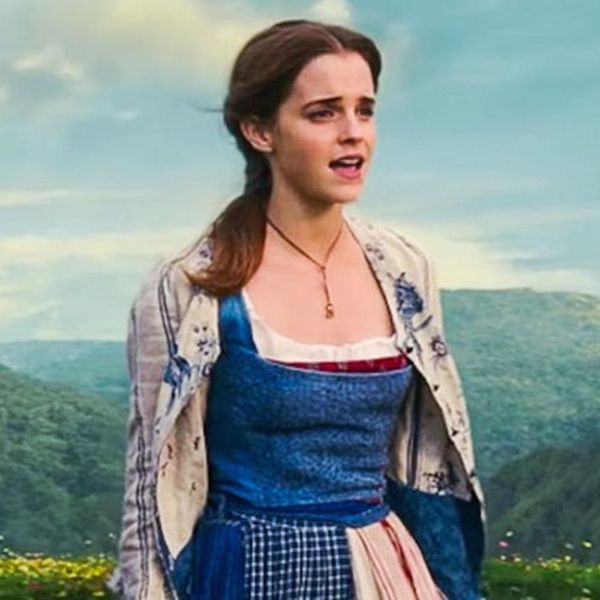 Emma Watson has been busy entertaining us with behind-the-scenes peeks at her Beauty and the Beast press tour and addressing the movie’s controversy, and now, we’ve just been given our first glimpse at the star performing the beloved film’s opening song. From the enchanting atmosphere to the initial spark of fairy-tale magic, trust us when we say you’ll DEFINITELY want to sing along.

Starting the tale as old as time with Belle (Watson) walking into her small French village, she interacts with the various townsfolk as each begins the day with a friendly-yet-routine “Bonjour!” It mimicks the animated movie we loved as kids, but the live-action version still manages to pop in a few unique aspects to make the scene its own.

And though we’re immediately charmed by the sets, costumes, and picture-perfect characters, it’s the song that we’re most caught up in. As Belle laments her poor provincial life and the folks around her comment harmoniously about the curious gal that she is, just TRY not to bust out in tune!

The film, which features Dan Stevens as the Beast and Luke Evans as Gaston, is just a few weeks away, coming to theaters on March 17 (!), but for now, check out Belle’s provincial life below.

What do you think about this glimpse at Beauty and the Beast’s opening song? Let us know @BritandCo!

Desiree O
Desirée O is a ‘Professional Bohemian’ who loves anything and everything related to the arts, entertainment, and pop culture. She ADORES being a ‘Newsy’ for Brit + Co, covering all of the latest tidbits of awesomeness that you want to read about. When she’s not writing, she’s either making messy art, going on long adventurous walks with her camera, or poking around over at bohemianizm (http://www.bohemianizm.com/). You can find out about Desirée O and her work at http://DesireeO.com/ or follow her on Twitter @DesireeO.
Disney
Celebrity News
Disney Music