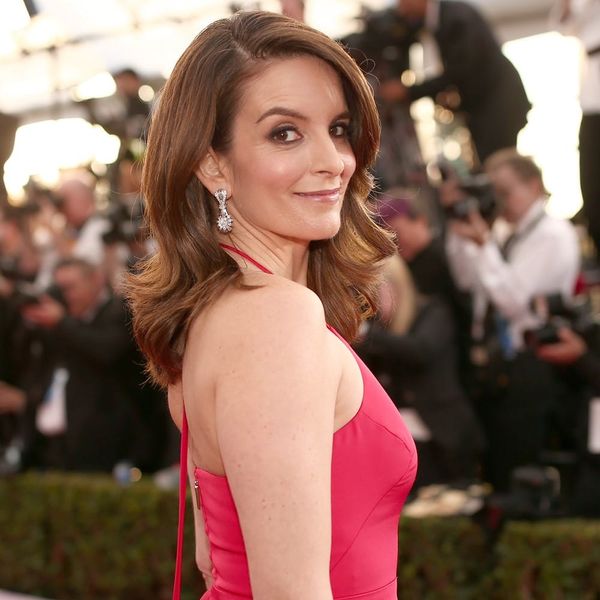 Ah, autumn… the season of chunky knits, pumpkin spice everything, and fresh episodes of our favorite shows. Even better: when those shows mix things up with some special or unexpected guest stars. (Sylvester Stallone on This Is Us?! Believe it.) In an increasingly competitive TV landscape, producers continue to up the ante with boldface names to keep us tuned in… and we are totally here for it. Here are six stars that have us double-checking our DVRs to make sure we don’t miss a single minute of screen time.

1. RuPaul on Broad City: Yassss queen! The legendary RuPaul appears in season four of the Comedy Central show about millennial stoner pals Abbi (Abbi Jacobson) and Ilana (Ilana Glazer). Details on his guest spot are scarce, but if the trailer is any indication, he plays a restaurateur (not in drag) who hires slacker Ilana after she tells him, “F*ck you.” In a recent interview, Glazer couldn’t conceal her excitement about working with the “Supermodel” singer. “He’s like godlike, I’m not even kidding,” she gushed. “Even him doing, like, normal sh*t in the show is just titillating. Fully f*cking titillating.” Broad City premieres on Comedy Central, September 13, at 10:30pm.

2. Sylvester Stallone on This Is Us: Yes, Rocky himself has a “big part” in an upcoming episode of the NBC drama’s sophomore season. Showrunner Dan Fogelman told reporters at the Television Critics Association press tour in August that Sylvester Stallone will star as, um, Sylvester Stallone, and give advice to Kevin (Justin Hartley), his costar in a war movie. In a “beautiful monologue about life,” Fogelman teased, Stallone “talks about his life experience and loss and aging and the business.” This Is Us premieres on NBC, September 26, at 9pm.

3. Queen Latifah on Empire: Crossover episodes can often feel like a stunt. But if anyone can pull it off with flair, it’s Lee Daniels, who merges his two guilty-pleasure series — hip-hop soap opera Empire, and musical drama Star — for one night on Fox. On the former’s season four opener, Star’s no-nonsense girl-group manager Carlotta (Queen Latifah) enters the Lyons’ den and comes face to face with shrewd producer Cookie (Taraji P. Henson). Though the women come from different worlds, Latifah recently said that “the strength they have is equal.” Empire premieres on Fox, September 27, at 8pm.

4. Kim Raver on Grey’s Anatomy: Dr. Teddy Altman is scrubbing in for a guest arc on season 14 of the ABC drama. Last seen waaaay back in season eight, when her character was fired from Seattle Grace Hospital (later renamed Grey Sloan Memorial) so she could take her dream job, Raver returns to reprise her role as the talented cardiothoracic surgeon. Expect to see Altman back in the OR, stat: On August 17, Raver posted a pic of herself wearing scrubs and a surgical mask. Grey’s Anatomy premieres on ABC, September 28, at 8pm.

5. Ben Platt on Will & Grace: Fresh off his Tony win for Dear Evan Hansen, Broadway star Platt appears on the October 5 episode of the NBC sitcom’s highly anticipated reboot. Producers have remained mum on details about Platt’s appearance. But Eric McCormack, who stars as gay lawyer Will Truman, has said that his character, now split from Vince (Bobby Cannavale), will be playing the field. “He’s got a little bit more self-confidence and that’s going to leave some very interesting dating things,” McCormack told reporters at TCA. Might there be a Will-Ben love connection? Will & Grace premieres on NBC, September 28, at 9pm.

Which guest star are you most excited to see? Tell us @BritandCo!