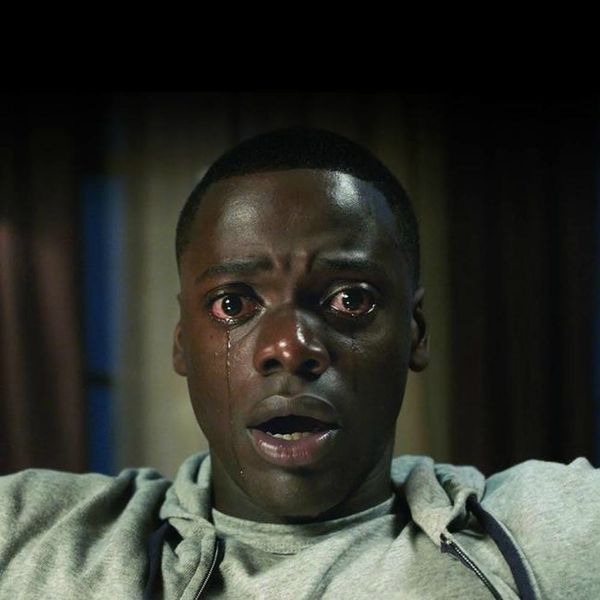 Last winter’s surprise horror hit Get Out was one of the best-reviewed movies of 2017. The story of a Black man’s terrifying encounter with his white girlfriend’s family is less gore and more real-life social critique, but definitely still scary.

While fans won’t be surprised to know the movie has been nominated for two Golden Globe awards, they are scratching their heads at the fact that the film was nominated in the “Best Musical or Comedy” category, but not for “Best Drama.” But the film’s director and writer, Jordan Peele actually planned this, and it may be because of the way the Hollywood Foreign Press (the group that doles out the GGs) manages their awards.

The Golden Globes really did count Get Out in the "musical or comedy" category pic.twitter.com/SURPDkbejW

Back in November, when studios were submitting films to the HFP, Peele, along with production company Blumhouse and Get Out‘s distributor, Universal submitted the film in the comedy category. In a statement to Deadline, Peele said the decision was based, in part, due to the fact that Get Out is in a category all its own — so he simply submitted the way he thought was best. Peele later joked that the movie was, “a documentary.”

“The reason for the visceral response to this movie being called a comedy is that we are still living in a time in which African American cries for justice aren’t being taken seriously,” Peele said. “It’s important to acknowledge that though there are funny moments, the systemic racism that the movie is about is very real. More than anything, it shows me that film can be a force for change. At the end of the day, call “Get Out” horror, comedy, drama, action or documentary, I don’t care. Whatever you call it, just know it’s our truth.”

‘Get Out’ is a documentary.

Of course, fans waited nearly a month to find out if Peele’s hit would be nominated at all, and with the announcement of January’s award nominees, the fervor has begun again. The reaction was swift on Twitter, but a few movie trivia fans argued that Peele et al knew what they were doing when they submitted the film as a comedy — and that Matt Damon’s The Martian may be proof.

Trying to dominate the comedy category when you are really a drama afraid of dramatic competition is a punk move. https://t.co/wIzGHCmeGx

Damon’s win for “Best Actor in a Comedy or Musical,” as well as The Martian‘s Best Musical or Comedy wins at the 2016 Globes caused a righteous stir from comedy filmmakers like Judd Apatow, prompting the Hollywood Foreign Press to tweak the rules for what movies can be considered for the Comedy/Musical category. But what the rule tweak didn’t change was the lack of category for satire or horror — the two genres most closely associated with Get Out.

Whether or not Get Out will win against its competition (The Disaster Artist, The Greatest Showman, I, Tonya and Lady Bird) is anyone’s guess, and with star Daniel Kaluuya nominated in the Best Actor, Comedy or Musical category, the Globes could be a big night for the hard-to-categorize film.

But even if it doesn’t win at the Globes, Peele’s landmark first feature (which raked in over $250 million in international box office) is sure to enjoy awards season. The movie is up for five Critic’s Choice Awards, five Independent Spirit Awards, and five Image Awards and has already won at the Gotham Awards and the Los Angeles Film Critics Association Awards.

And that’s something fans should be excited about.

What do you think of Get Out‘s Golden Globe nominations? Tell us @BritandCo!

(Photo by Kris Connor/Getty Images for Museum of Modern Art, Department of Film/Blumhouse)

Kat Armstrong
Kat has been a writer, social media maven and mom for longer than she's willing to admit. She's also spent time in front of and behind the camera, interviewing celebs, politicians and acting as a producer for fashion and artistic photography shoots. When she isn't writing for various orgs and publications, she's hanging with her kids, husband and French Bulldog, Peter, in Toronto, Canada.
Controversy
Current Events
Controversy Golden Globes
More From Current Events