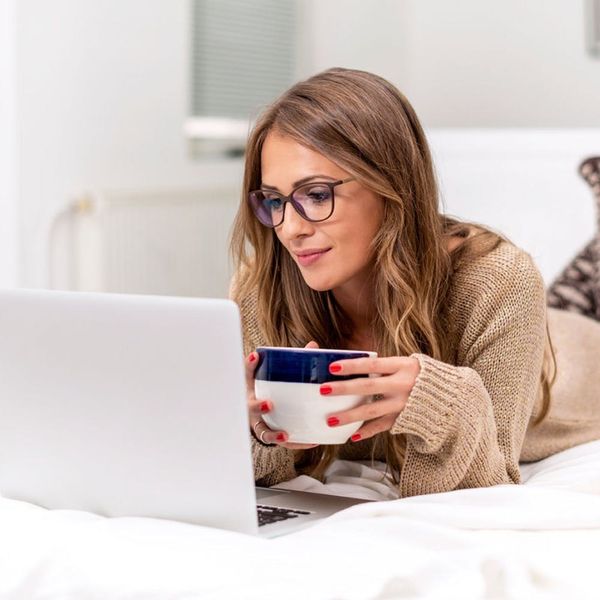 Spring has officially sprung, which means it’s time for spring cleaning. And you know what’s getting dusty? Your Netflix queue. Every week, we bring you the latest in shows and movies you need to stream. In the spirit of new beginnings, we’ve got a whole new list of movies and shows to help you put your best streaming foot forward.

1. Crazy Ex-Girlfriend: The show’s all about a woman who gives up her successful life in New York to look for love in the suburbs of California. Let she among us who has not gone a bit crazy for a relationship cast the first stone. That’s how the saying goes, right? (Image via CW)

2. Girlfriends’ Guide to Divorce: When the life of a self-help author falls apart, she’ll do anything to put it back together — or at least make it look like it’s held together. As she navigates dating in her 40s, Abby — played by Lisa Edelstein of House fame — gets some hysterical advice from her friends and some unforgettable life lessons. (Image via Bravo)

3. The Circus: The series that was made for everybody who feels like this election is just one giant mess, The Circus goes behind the scenes and looks at how candidates cater to media attention and the flamboyancy necessary in politics. A perfect watch to be entertained, informed and caught up on this year’s hottest (and longest) news story. (Image via Showtime)

4. A Girl in the River: When the world seems increasingly torn by geography, it’s always nice to watch a film that puts you in the mindset of someone from somewhere completely different. This documentary follows a young woman in Pakistan who is sentenced to death after she married someone without her family’s permission. It’s a fascinating watch that will deepen your understanding of other countries and cultures. (Image via HBO)

COMEDIES WITH A DARK SIDE

5. Flaked: This movie stars Will Arnett as a serial liar who falls in love with his best friend’s girl. And just to make things more complicated, he’s a recovering alcoholic. The whole thing sounds dark, but is deeply funny thanks to Arnett’s perfect comedic timing. (Image via Netflix)

6. Rocky Horror Picture Show: It’s your last chance to check out the much-loved film about a sweet transvestite from transsexual Transylvania. The movie, made in 1975, is a cult classic whose music plays at way more parties than you would expect. It expires from HBO at the end of the month. (Image via HBO)

7. The Catch: The newest Shonda Rimes show — AKA your newest addiction — is finally ready to watch. The show’s about a private investigator and a hard-to-catch con artist, and it’ll keep you on your toes for the whole season. (Image via ABC)

8. Heartbeat: The newest medical drama to hit TV stations is Heartbeat. It revolves around a heart transplant surgeon — who’s one of the few women in her field — and her demands in and outside of the ER. A must-see for fans of Grey’s Anatomy. (Image via NBC)

9. Everything Is Copy: Nora Ephron, the super-clever lady who wrote When Harry Met Sally, Sleepless in Seattle and a whole slew of her own books FINALLY has a documentary about her. The doc about Nora Ephron was directed by her son and provides an intimate look at a woman who believed that (almost) everything in her life was worthy of becoming a story. (Image via HBO)

10. Mojave: If you can’t get enough of everyone’s Internet boyfriend, Oscar Isaac — and really, who can? — one of his newest films is dropping on Amazon. Mojave is about a suicidal artist who wanders into the desert and discovers his doppelgänger. The whole thing’s an intense cat-and-mouse game that drags across some beautiful terrain. (Image via A24)