10 Movies and Shows to Stream This Weekend 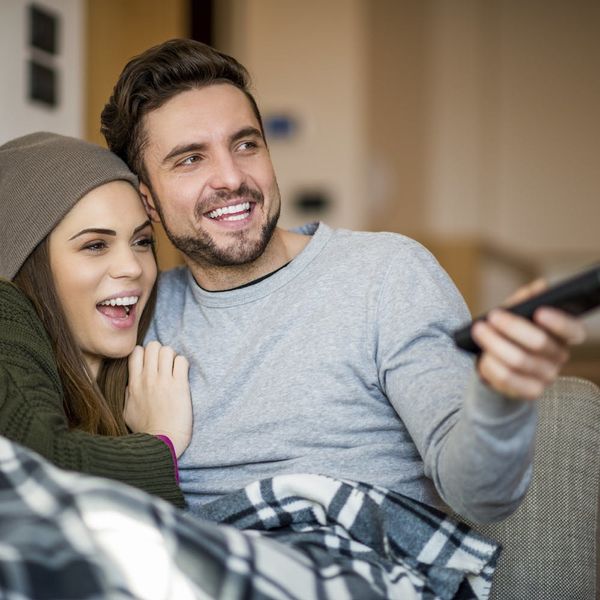 Despite all odds, we’ve made it through the week and it’s the weekend yet again! It’s time to celebrate. Whatever your style — partying, bar hopping, chilling out with friends or chilling out with a giant tub of popcorn — make sure that you set aside some time for a good binge watch. You’ve earned it. Every week, we’ve been bringing you a selection of TV shows and movies to stream — because Netflix is bae. And so, to make your weekend just a little easier, we’ve got 10 recommendations no matter what you’re in the mood for.

1. Last Week Tonight with John Oliver: After Oliver’s epic take-down of Donald Trump a few weeks ago, segments from his hysterical and intelligent show keep going viral. Plus, a binge watch is a great way to catch up on any news you may have missed over the past few weeks, and prepare yourself for the presidential election. (Image via HBO)

2. The Americans: Keri Russell and Matthew Rhys star as two KGB spies in suburban D.C. after Reagan’s election. The addictive series follows the couple as they blend seamlessly into suburban life with their children. Season four just started on FX, so binge the first three seasons quickly on Amazon to catch up. (Image via FX)

3. My Beautiful Broken Brain: After going through a hemorrhaging stroke, filmmaker Lotje Sodderland set out to explore how exactly our brains work. It’s an engaging work and an excellent alternative for when you’ve run out of episodes of Planet Earth. (Image via Netflix)

4. The New Yorker Presents: Everybody’s favorite magazine to whip out and pretend like they’re more culturally relevant than they actually are is making a documentary series. The 11-episode series is just like the magazine: There’s fiction, documentaries, poetry and cartoons. It’s kind of like the TL;DR version of The New Yorker. (Image via Amazon)

5. Trainwreck: When fun-loving, commitment-phobe Amy (Schumer) meets a good guy (Bill Hader), it’s time to reevaluate her lifelong belief that “monogamy isn’t realistic.” The movie was written by Amy Schumer and directed by Judd Apatow, so you know it’s going to be a riot. (Image via Universal Pictures)

6. Catfish: As we all know, dating in the digital world is confusing. What’s even more confusing is falling in love with a stranger who may or may not exist. Catfish is back, and its fifth season is streaming on Hulu. (Image via MTV)

7. Pee Wee’s Big Holiday: If you didn’t grow up with Pee Wee Herman in your childhood, you missed out. Now’s the time to catch up with the new Netflix original. I know you are, but what am I? (Image via Netflix)

9. Pitch Perfect 2: Hey, Pitches, if you missed the sequel to Pitch Perfect in theaters last year, you’re in luck because it’s now available for streaming. Follow the Barden Bellas where no American has ever gone before: international competition. The sequel’s got most of the original cast, plus some new additions. (Image via Universal Pictures)

10. Burn After Reading: When the memoirs of a CIA agent end up in the hands of two gym employees, comedy ensues. Plus, it stars Brad Pitt and George Clooney. The Coen Brothers flick is expiring from HBO Go at the end of the month, so this is one of your last opportunities to stream it. (Image via Focus Features)