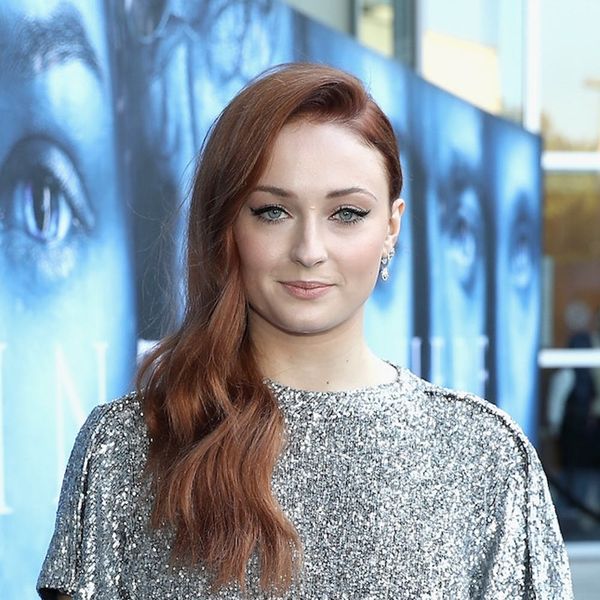 GoT gets weird and MTV brings back TRL in this morning’s top news stories. Check out those and more below in the Monday Morning Buzz!

1. If you’re not caught up on the latest GoT ep, be warned: There are spoilers ahead! On last night’s episode, Bran Stark returned to Winterfell and reunited with his sister Sansa. The reunion was a long time coming, but a lot has changed between the two, and it was WAY more awkward than anyone was expecting. Bran’s cold eyes and deadpan voice telling her that he was the Three-Eyed Raven, meaning he has seen everything that happened in his absence, was met with an equally cold uncertainty from Sansa (who originally was overjoyed to see him). Naturally, the reactions started pouring in on Twitter. “404 emotion not found,” one user said of Bran, while another said he “sounded like a philosophy major who just got home after a semester abroad.” LOL! Oh, and GIFs? There were definitely GIFs. As confused as everyone was, it’s obvious they were LIVING for it. (h/t Twitter Moments; photo via Neilson Barnard/Getty)

2. Angelina Jolie responds to criticisms over how her new movie was made. In a recent Vanity Fair interview, Jolie opened up about her healing process after her divorce from Brad Pitt and spoke about her upcoming Netflix film, First They Killed My Father, about a woman who grew up during the Cambodian genocide. The Vanity Fair story outlines how Cambodian children were cast for the film, describing an alleged “game” in which they were taunted with money and made to pretend to be captured, but in a new statement to the Huffington Post, Jolie says the claims are “false and upsetting.” Jolie says the described scenario was “an improvisation, from an actual scene in the film,” not a real scenario. “I would be outraged myself if this had happened.” (h/t ET; photo via Stefan Rousseau/Getty)

3.Kate Beckinsale’s alleged stalker showed up to Comic Con and was arrested before her appearance. On Saturday morning at Tampa Bay Comic Con, a 45-year-old man who allegedly has a history of following Beckinsale was recognized and arrested prior to her Q&A that morning. TMZ reports that Beckinsale went to the police station to file a report, and completed her panel later in the day. (h/t TMZ; photo via Isaac Brekken/Getty)

4. MTV is making your ’90s dreams come back to life with TRL‘s return. With the recent announcement of the new Hills-esque reality show Siesta Key, it’s clear MTV is trying to recapture a golden era. Now, in a new interview with the New York Times, president Chris McCarthy revealed that a huge studio facing Times Square is being built for the new TRL, which will premiere in October. “If we’re going to come back and reinvent MTV, the studio is a given,” he said. “It is the centerpiece.” The new show will feature five cohosts, including rapper/comedian DC Young Fly and radio host Erik Zachary. (h/t NYT; photo via Scott Gries/Getty)

Here comes trouble. The Bluths move back in on the 8th. pic.twitter.com/0PF7ZqkmWM

5. This pic from the new season of Arrested Development is causing some major confusion. The fifth season of Arrested Development was confirmed for Netflix back in May, and now, a new pic from the set of the show is getting people excited — and a little confused. “Here comes trouble,” star Jason Bateman tweeted along with a pic of the Bluths’ living room. “The Bluths move back in on the 8th.” While that implies filming is set to start next week, costar Will Arnett put a small damper on the excitement by replying and saying, “Have fun man. Say hi to everyone for me.” So is he not back as Gob? Or is he starting filming later?! WE NEED ANSWERS!

6. Quote of the day: “We do not need magic to transform our world. We carry all of the power we need inside ourselves already.” Memorable words from JK Rowling to honor her on her — and Harry Potter’s! — birthday.

What #MondayMotivation’s getting you going today? Let us know @BritandCo!