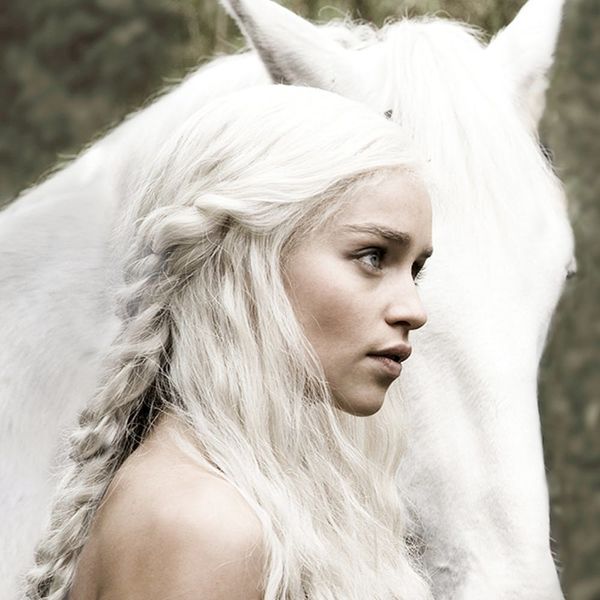 The fifth season of Game of Thrones may have ended earlier this summer and won’t be returning until the spring but that doesn’t mean the chatter surrounding the fantasy drama has slowed down at all. When we learned the HBO show was joining in on the adult coloring book trend we thought that was the coolest creative collab it could participate in. But new stats showing how GoT character-inspired baby names are majorly on the rise are proving the show is providing some more lasting creative inspo — now, for parents and their kids.

According to the latest report from Britain’s Office for National Statistics focusing on baby names of 2014 and how parents were influenced by pop culture, Game of Thrones appeared to be a heavy influence. The study revealed that the most popular Westeros-themed girl names were Arya, Khaleesi, Daenerys, Sansa and Brienne — given to 244, 53, 9, 6 and 4 baby girls, respectively. While popular boy names were Theon with 18 newborns, Tyrion at 17, and Bran and Sandor, which were both given to four tiny dudes.

It’s interesting to note that these GoT names didn’t start popping up in larger quantities until 2011 when the show premiered on HBO. Not only does that stat showcase how baby names are tied to pop culture but the rest of the findings do too.

From both Frozen princesses Elsa and Anna going to a combined 1,341 little ladies to names like Edith, Rose and Violet from Downton Abbey on the rise, it’s abundantly clear that when it comes time to pick a lifelong name we look at every source of inspo out there. Especially celebrities ;)

Are you planning on naming your child after a Game of Thrones character? Have you already? Let us know in the comments.