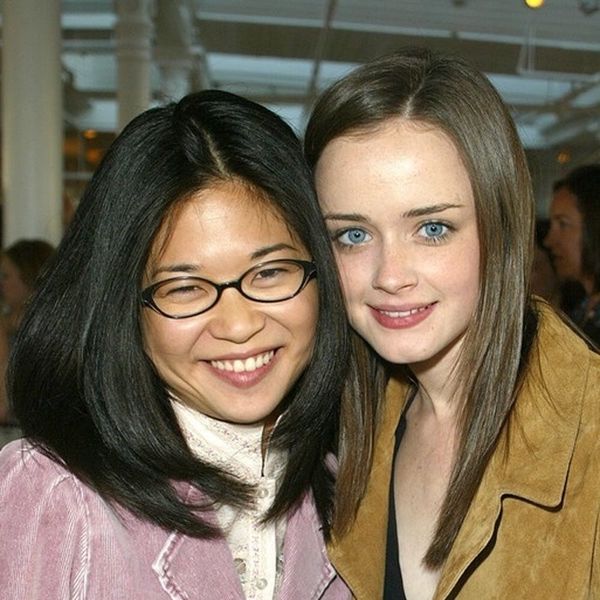 Recently, nostalgia-filled TV show reunions have taken over our lives. First, there’s the much-buzzed-about Fuller House that’s happening on February 26. There’s been talk about the Friends cast reuniting in one room as well. And okay, someone needs to officially confirm this Gilmore Girls Netflix revival already, because there have been so many rumors and we can hardly take the suspense. Keiko Agena, AKA Lane Kim on the show, recently posted a pic to her Instagram that certainly adds fuel to the possible Gilmore Girls reunion fire. GGRIs (Gilmore Girls Reunion Investigators), commence freakout!

Late last week, actress Keiko Agena, otherwise known as Rory’s music-obsessed, parentally oppressed best friend Lane Kim, posted an Instagram of herself with none other than Helen Pai, one of the producers of Gilmore Girls, complete with a frustratingly cryptic caption. Helen, who worked as a producer and a script coordinator on the show that defined your youth, wasn’t just important to the show for her job, but also because she’s besties with show creator Amy Sherman-Palladino. Oh, and she’s the inspiration for Lane’s character. “With the REAL LIFE Lane Kim, Helen Pai. :) Good things are coming,” Keiko captioned this adorable photo on her Instagram, thereby making every GG fan reel with anticipation.

Knowing that Rory’s BFF is definitely back (if there is a reunion) gives us all the feels.

Who else is a must-have on the Gilmore Girls reunion? Let us know on Twitter at @BritandCo!