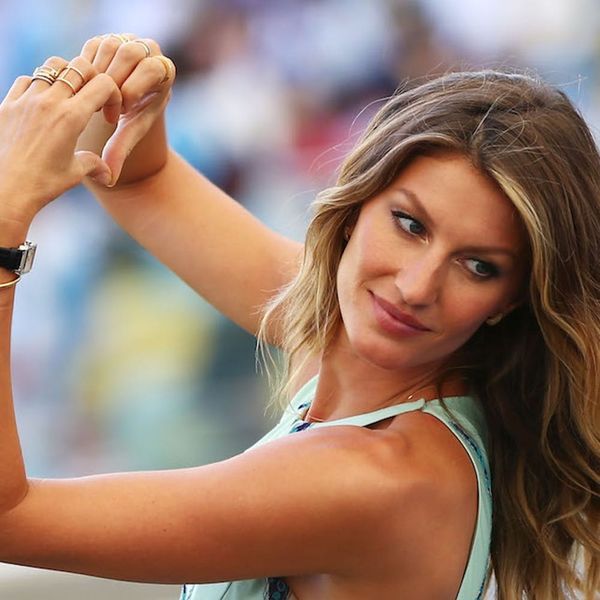 This year’s Super Bowl did not only feature a showstopping, stunt-filled halftime performance from Lady Gaga, but there was also football. Can you believe it?! The New England Patriots made a historical comeback to beat the Atlanta Falcons, and TBH, we totally related to Gisele Bündchen totally freaking out when her husband Tom Brady and his team got the win.

Of course, it wasn’t all so celebratory, as it looked until the last moments of the game that the Patriots were going to lose. Bündchen was so stressed out that she ignored the noise and meditated — which she also credits for the Patriots winning the game.

“That was a very big nail biter,” she said in the understatement of the year in a recent interview with Jimmy Fallon. “After screaming and praying and calling everyone in my family, asking them to pray, I started meditating. It was the only thing that could calm me down. It was kind of crazy.” We bet!

Bündchen has been meditating since her early 20s and, along with Katy Perry, Cameron Diaz, and more, is a current practicer of transcendental meditation. She says it’s her go-to in anxious moments. “I channeled some great energy, and really, I feel a little responsible [for the Super Bowl win].”

Okay, that part might have been a fluke, but it’s definitely a great reminder to not let the things you can’t control get to you — in moments of chaos, stop, breathe, and take a minute to collect and reflect. At the very least, as Bündchen says, it can shift the energy — which can go a long way in times of stress.

Do you use meditation as a way to destress? Let us know @BritandCo!