Morning Buzz! This Clip of Gisele Losing Her Mind When the Patriots Won Sums Up the Super Bowl + More 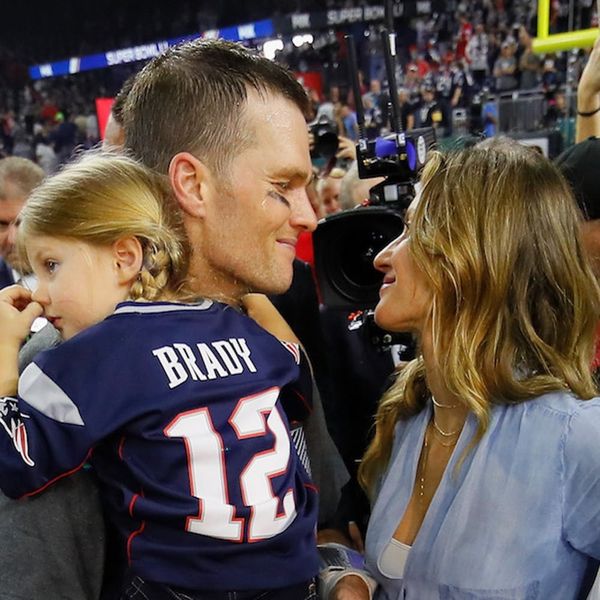 From a historic Super Bowl win to the perfect baby bump reveal, check out six of today’s top news stories below.

1. What. A. Game. The New England Patriots came back from a record-breaking deficit in overtime to win the Super Bowl over the Atlanta Falcons, and the way Gisele was seen celebrating hubby Tom Brady’s win basically sums up how we all felt about the bonkers game (or at the very least about Lady Gaga’s flawless halftime performance), regardless of which team you were cheering for.

2. Chelsea Peretti hilariously announced her pregnancy with a Beyoncé baby-bump tribute photo. Chelsea and husband Jordan Peele have always kept their relationship on the private side, and based on the way they shared the news of their elopement with the world, this baby bump reveal makes perfect sense. “Beyoncé schmonce,” Chelsea captioned a pic of a mirror selfie showing off a not-small baby bump. Certainly a smaller production than Bey’s shoot, and we can’t stop laughing. Congrats to these two parents-to-be!

3. Reports say Jamie Lynn Spears’ daughter is in serious condition after an ATV accident.TMZ is reporting that eight-year-old Maddie was badly hurt after her off-road vehicle flipped over, and that she may have been under water for several minutes. The family has told People that current public details are incorrect, but have not provided additional details and are asking for privacy. (Photo via Chloe Rice/Getty)

4. The Stranger Things season two trailer is here and it is EVERYTHING. The Super Bowl was as rich with over-the-top commercials — and even some with political commentary — as ever this year, and it also happened to bring us the trailer for the highly anticipated second season of Stranger Things. This teaser’s almost as weird as the first one we saw, featuring the kids in Ghostbusters costumes (!), men in HazMat suits, the door to the Upside Down and more. The next season won’t be out ’til Halloween, which is admittedly so far from now, but also totally perfect — so we’re into it.

5. There was also a Baywatch trailer that features Zac Efron in an American flag Speedo because patriotism. When Zac’s Baywatch co-star the Rock asks him what he’s wearing, Zac says simply, “Freedom,” and then we all passed away.

6. Quote of the day: “I began to realize how important it was to be an enthusiast in life. If you are interested in something, no matter what it is, go at it full speed. Embrace it with both arms, hug it, love it and above all become passionate about it. Lukewarm is no good.” Writer Roald Dahl gives us a little dose of #MondayMotivation.

What’s motivating you today? Let us know over @BritandCo.