5 Unique Gluten-Free Flours to Store in Your Pantry 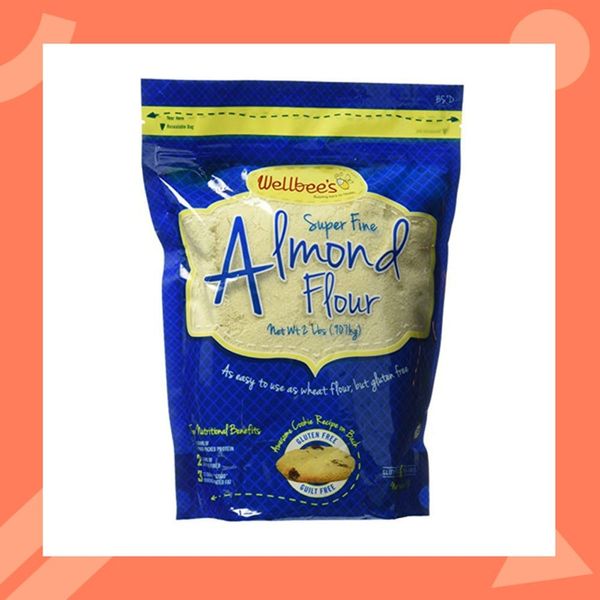 If you’re thinking about making the switch to an alternative flour, here’s everything you need to know. Even without the antioxidants of wine flour or the fiber of teff flour, the added health benefits alone in some of our favorite options make it worth switching from beloved all-purpose flour. Keep reading to learn about five gluten-free flours that have incredible taste and unbelievable health benefits too.

You’ve probably seen almond flour and almond meal in the baking goods aisle. Though they’re used interchangeably, they are not to be confused. In short, almond flour is ground almonds that have been blanched without the skins and is more refined. Almond meal, on the other hand, typically has more of a course texture versus a powder consistency. Another difference is that for almond meal, the skin remains intact. Because they’re both made with ground almonds, they’re also grain-free and gluten-free. Almond flour is a great flour if you follow a Paleo or Keto lifestyle. Like a handful of almonds, it’s also high in protein and fiber but low in carbohydrates. If you’re vegan, you can definitely consume almond flour, but not if you or someone in your family has a nut allergy. (Photo of Wellbee’s Superfine Almond Meal ($18) via Amazon)

Like other coconut products, coconut flour has been gaining popularity in the states because of its incredible health benefits. It’s made out of the coconut meat (white part) and is dried into a powder to make the flour. Not only is coconut flour gluten-free, but it’s also high in fiber, which minimizes your blood spike when it’s consumed. Other benefits include high protein content and significantly lower carbs than wheat flour. It’s known to add a lightness and airiness to baked goods, but it does react differently in batters, so you’ll have to adjust recipes that are not made with coconut flour. (Photo of Anthony’s Premium Organic Coconut Flour ($11) via Amazon)

Chances are, you probably already use quinoa as a healthier alternative to rice and maybe even noodles. Well, those very same quinoa pearls are used to make quinoa flour. They too are blitzed in a food processor which changes the texture. Though you can definitely find a bag at your favorite grocery store, quinoa flour is a great DIY flour. To make it, pour your desired portion of quinoa into a hot pan and toast for a couple of minutes. The small round grains will pop up and down in the pan. After a few minutes, remove the quinoa and blitz in the blender. It will break down into a powder consistency that’s perfect for baking breads and pastries. Like quinoa, quinoa flour is high in protein, minerals, and fiber and is gluten-free. (Photo of Viva Naturals Royal Quinoa Organic ($19) via Amazon)

Oat flour is made from the very same oats that you used to eat before heading to school. They’ve just been blended to make a powder. It’s another great DIY flour, because all you need to make it is rolled oats and a blender. Once it’s been blitzed in the blender for a couple of minutes, you’ll have oat flour, which can be used in sweet and savory recipes alike. The oats will add a little bit of texture and flavor to recipes. When buying oat flour, be sure to get one that says “gluten-free” on the package. Otherwise, if you have a sensitivity to gluten, you can’t be sure that it hasn’t been processed with grains that have gluten. (Photo of Bob’s Red Mill Whole Grain Oat Flour ($10) via Amazon)

It’s no surprise how chickpea flour is made: It’s basically chickpeas or garbanzo beans ground down into a powdery consistency. Sometimes it’s marked as gram flour or besan, so be on the lookout for those when you’re at the grocery store. Though it’s been used in Europe, the Middle East, and Asia for years, it’s becoming more popular in the States because it’s vegan and gluten-free. In addition to its texture and savory taste, like chickpeas, chickpea flour is high in protein, fiber, and iron. (Photo of Deep Best Quality Besan ($13) via Amazon)

Have you switched to a gluten-free flour? Let us know which one you chose and why @BritandCo.

Yasmein James
Yasmein James is a food writer living in New Jersey, but her heart’s on the other end of The Lincoln Tunnel. When she isn’t writing, you can find her eating her way to the most authentic ethnic restaurants in her travels. And writing all about it on her lifestyle blog, She’s Facing Freedom.
Healthy Essentials
Healthy Eating
Healthy Essentials Healthy Living Online Shopping Shopping
The Conversation
More From Healthy Eating

These Friendsgiving Recipes Are Easy, Affordable, and BFF-Approved