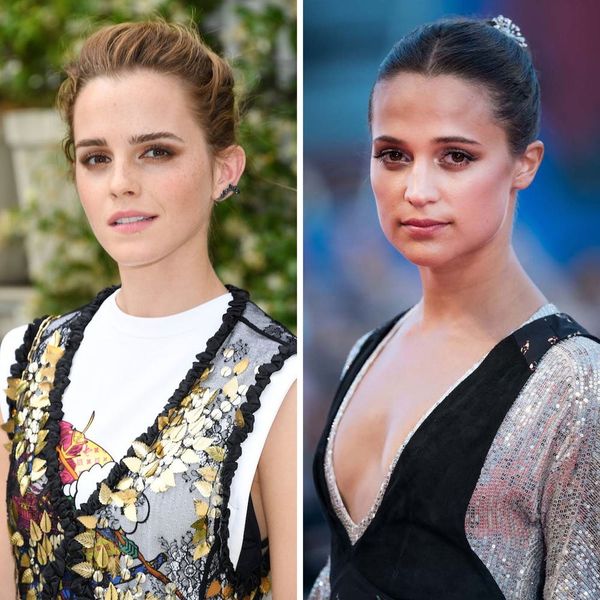 We were already looking forward to seeing the 2018 Golden Globe nominees walk the red carpet at one of the year’s most highly anticipated events, but we’re even more excited now that the list of presenters for the upcoming ceremony have been announced. Some of our very favorite Hollywood stars — including Beauty and the Beast’s Emma Watson and The Light Between Oceans‘ Alicia Vikander — will be handing out the night’s big awards.

The HFPA is proud to announce @kerrywashington and @gal_gadot as presenters at the 75th #GoldenGlobes on Jan 7th! #Globes75

Other presenters include Penélope Cruz, Edgar Ramírez, Darren Criss, and Ricky Martin — AKA the cast of The Assassination of Gianni Versace: American Crime Story — as well as Christina Hendricks, Seth Rogen, and Halle Berry. Sarah Jessica Parker, Neil Patrick Harris, Amy Poehler, and The Voice coach Kelly Clarkson are scheduled to attend, too.

The HFPA is proud to announce Amy Poehler and @kellyclarkson as presenters at the 75th #GoldenGlobes on Jan 7th! #Globes75

But the list doesn’t end there, because there are plenty of awards to hand out, and plenty of stars on call to help. Hugh Grant, J.K. Simmons, Sharon Stone, Aaron Taylor-Johnson, Isabelle Huppert, and Lady Bird director Greta Gerwig will all present, and you can also get excited to see industry icons Carol Burnett and Shirley MacLaine take the stage.

With a list of presenters this amazing, we’re giddier than ever to see the big show when it rolls around one week into the new year.

Which presenters are you excited to see at the 2018 Golden Globes? Let us know @BritandCo!

Desiree O
Desirée O is a ‘Professional Bohemian’ who loves anything and everything related to the arts, entertainment, and pop culture. She ADORES being a ‘Newsy’ for Brit + Co, covering all of the latest tidbits of awesomeness that you want to read about. When she’s not writing, she’s either making messy art, going on long adventurous walks with her camera, or poking around over at bohemianizm (http://www.bohemianizm.com/). You can find out about Desirée O and her work at http://DesireeO.com/ or follow her on Twitter @DesireeO.
Golden Globes
Celebrity News
Golden Globes