Is Grass-Fed Meat Really Better for You? 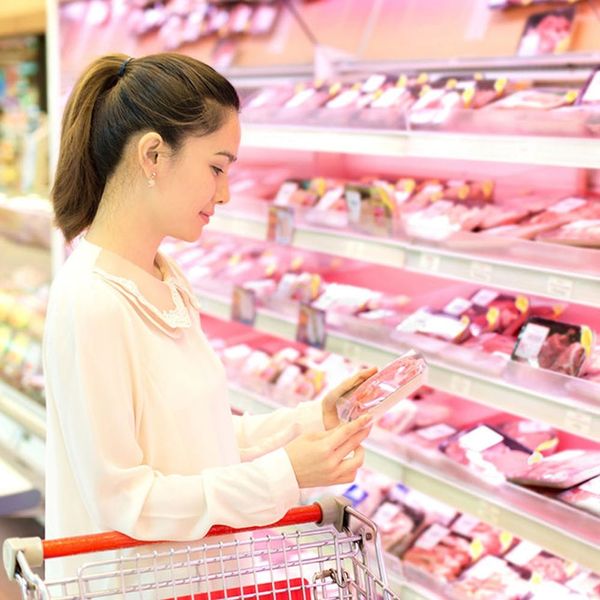 With the ketogenic diet (a low-carb, high-fat diet) enjoying a major moment, it’s no surprise that people are starting to pay closer attention to the quality of their meat. But whether you’re eating keto or not, the quality of your meat is actually incredibly important for your health, and let’s just say that not all meat is created equal. There’s a huge discrepancy, in terms of both nutrition and sustainability, between cheaper meat from conventionally raised livestock and beef from cows that are grass-fed and pasture-raised. Here’s what you need to know.

You Are What You Eat

Some people believe that while a grass-fed label is a nice perk, what cows eat doesn’t really matter. However, there are very real nutritional differences between meat from grass-fed cows versus those that are conventionally raised.

So grass-fed beef is often leaner than meat from corn-fed cows — but that’s not even the most concerning part. It’s also noteworthy that grass-fed meat is much higher in omega-3s than its conventional counterpart.

Cows that eat their natural diet consume far more omega-3 fatty acids than cows who eat corn. Corn, on the other hand, is rich in omega-6 fatty acids. Both omega-3s and omega-6s are crucial for human health, but the modern Western diet contains far more omega-6s than omega-3s, a ratio that some scientists believe could lead to numerous health issues. Studies have shown that increasing your omega-3 intake can help prevent against cardiovascular disease and stroke.

Now that you know about the health implications of grass-fed versus conventional beef, what about the environmental impacts?

While numerous headlines state that eliminating meat entirely is best for the planet, there’s actually a lot more to the picture. In fact, there are many vegetarian-friendly foods that are horrible for sustainability. In his classic book In Defense of Food, bestselling author Michael Pollan argues that, calorie for calorie, the most efficient way to eat is to eat the meat of a locally raised grass-fed cow.

The reason? Harvesting corn, wheat, and soy — the subsidized crops that are often fed to cattle and also used to make many processed foods — is responsible for massive amounts of deforestation. One report found that about 80 percent of deforestation is caused by agriculture. These crops are also shipped from the US to feed cattle across the globe, which makes feeding conventionally fed livestock an environmentally destructive endeavor.

How to Know If Your Meat Is Grass-Fed

So, how can you be sure you’re getting meat that’s sustainably sourced and fully grass-fed? Cassie Marantz, Marketing Manager for Verde, a company that sells 100 percent grass-fed, 100 percent free-range Uruguayan beef, filled us in.

“The most important thing to look for on any package is 100 percent grass-fed, AKA grass-finished, beef,” she explains. “Since all cattle start on grass, all beef — even from animals finished in feedlots on corn — can actually be called ‘grass-fed.’ One hundred percent grass-fed beef comes from cattle that eat a diet of only grass and forages, the food they’re evolved to eat.”

Of course, beef can be grass-fed without being completely and totally free-range, so if you’re concerned about animal welfare standards you should look for terms like “pasture-raised” on the label.

“[At Verde] we believe that true grass-fed beef is also 100 percent free-range or pasture-raised — so look for this on the label too,” Marantz says. “This means that the cattle spend their entire lives grazing on open fields.”

Do you prefer to buy grass-fed over conventional grain-fed meat? Tweet us at @BritandCo to let us know.

Maggie McCracken
Maggie McCracken is a freelance writer, blogger and aspiring digital nomad. She writes primarily about food, travel, yoga and healthy living, and she has a background in health and science journalism. You can read more of her work on her lifestyle and travel blog, The Olive Branch.
Diet
Health
Diet Healthy Living
More From Health