This Is the Surprising Origin of the Keto Diet 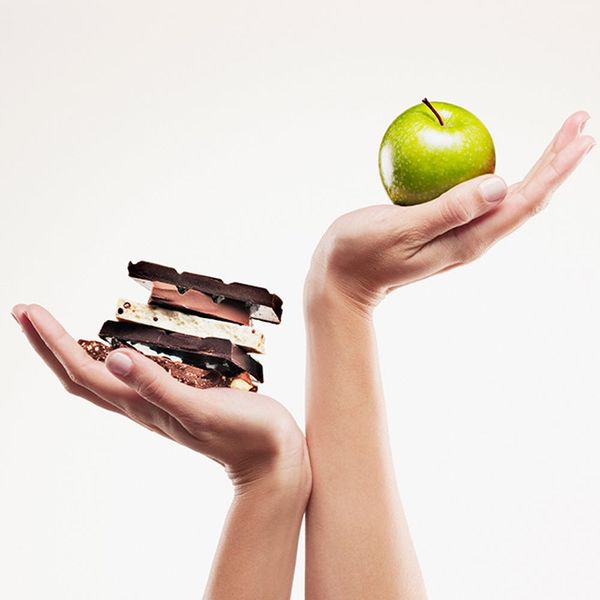 The keto diet — the high-fat, low-carb eating plan praised by women’s magazines and svelte celebrities — has been touted as the latest weight loss miracle to hit the dieters’ market. Its topsy-turvy distribution of macronutrients achieves weight loss by turning what most of us think of as healthy eating on its head. Whereas many nutrition professionals have long recommended a diet rather high in carbohydrates (typically around 50-65 percent of total intake), keto dieters consume a strictly limited amount of carbs (often as low as five percent), 15-30 percent protein, and up to 85 percent fat. Sounds wacky. Is it actually good for you? And how does it work?

Like other low-carb diets before it, the ketogenic diet keeps your metabolism in a state called ketosis. Normally, the body’s preferred source of energy is glucose from carbohydrates. But in the absence of glucose, the body has a backup plan: Turn your fat stores into fuel, burning through them much faster than you usually would. This explains the dramatic weight loss effects keto proponents experience.

What many consumers don’t know about this trendy diet is that a ketogenic eating plan didn’t start with Dr. Oz or the Kardashians. In fact, it isn’t new at all. The concept of keeping the body in a state of ketosis started off in the 1920s as a last-ditch dietary approach to treating epilepsy. Though researchers still don’t exactly understand the relationship between a high-fat diet and seizure disorders, research shows a connection definitely exists. Registered dietitian Anne Danahy weighs in: “We do know that it can reduce seizure frequency by about 50 percent, and it’s a great option for those who don’t respond to anti-seizure meds. Scientists believe that ketone bodies might change the way certain neurotransmitters work in the brain.” Epilepsy might not be the only condition a keto diet could improve. New research is exploring its potential for reducing symptoms in other disorders, such as Parkinson’s, ALS, and Alzheimer’s.

Some consumers might think twice about adopting an eating plan often employed as a last resort for patients with neurological disorders. With this distinctly medical origin, are there neurological repercussions of its use in healthy people? Not necessarily, says Danahy. “It doesn’t appear to have any negative neurological implications. However, it’s important to note that there is very little research on the long-term use of this diet.”

This lack of research on long-term adherence to the keto diet is no small concern. Putting the body into an unnatural metabolic state for months or years at a time could have serious consequences, such as exerting excess strain on the liver and kidneys. Following a high-fat diet for a long period won’t do your heart any favors, either. Despite the recent debate about the role of dietary fat in heart disease, the American Heart Association continues to recommend limiting saturated fat to 5-6 percent of total calories. Even if keto dieters are able to eat primarily healthier unsaturated fats, they often find strict adherence nearly impossible, especially long-term. Says Danahy, “It’s a very difficult diet to follow for any length of time, simply because it is so restrictive, and most people don’t find it to be very palatable because of the lack of variety.” Drastically reducing or eliminating carbs also means removing foods with proven health benefits, like fruits, vegetables, whole grains, and legumes. Taking these foods out of the diet altogether can lead to nutrient deficiencies and digestive troubles like constipation.

In the midst of the keto craze, many dietitians and health professionals have emphasized that they would recommend it only in cases where extreme weight loss in a short period is necessary. Others, like Danahy, have seen clients experience success, but advise a less radical approach. “For people who are interested in trying it but not 100 percent committed,” she says, “I recommend trying a modified Atkins-type diet, which allows a bit more carbohydrate (about 75 grams), and therefore much more variety.”

Is a ketogenic diet right for you? Weighing its potential benefits and drawbacks — and discussing your health goals with a dietitian — are important steps to take before beginning this controversial eating plan.

What do you think of the keto diet? Helpful dieting tool or impractical fad? Tweet us @BritandCo!

From Your Site Articles
Sarah Garone
Sarah Garone is a mom, wife, nutritionist, and freelance writer in Mesa, AZ. She loves music and travel, speaks fluent German, and does a lot of running (to counterbalance the surprising amount of cookies she eats for being a nutritionist). Find her sharing great recipes and helpful nutrition info at A Love Letter to Food.
Diet
Health
Diet Food Trends Healthy Living