The “Grey’s Anatomy” Firefighter Spinoff Has Started Filming — See a Peek from Set! 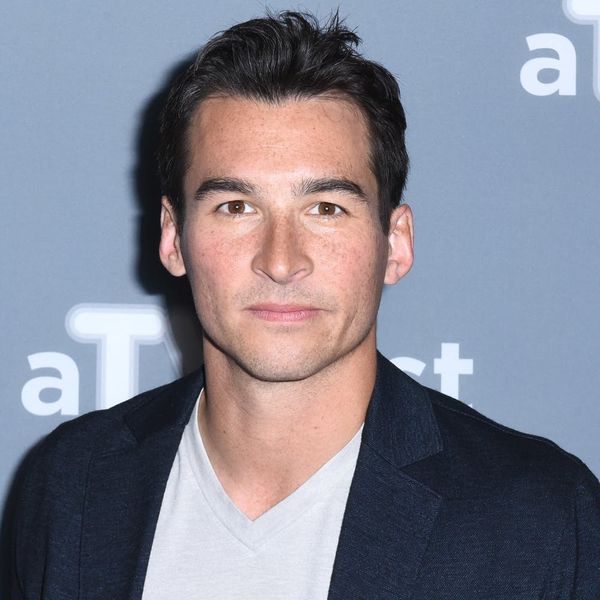 We couldn’t be more excited for the Grey’s Anatomy firefighter spinoff, which will follow a group of “brave men and women as they risk their lives and their hearts both in the line of duty and off the clock.” The series won’t debut for months, but one of the show’s stars, Jay Hayden (whom you might recognize from another Shondaland show, The Catch), has just given us the very first behind-the-scenes peek at the… er… action on set.

The actor posted an Instagram video of himself sitting in the front seat of an ambulance along with his costar Barrett Doss. Judging by their paramedics uniforms, it looks like both are ready for cameras to roll (despite the fact that they’re passing time on their phones). But we don’t actually see any cameras in the vicinity. In fact, all we see is a super dreary day and plenty of drizzling rain.

“Hollywood! Nonstop action here on day one,” Hayden jokes in the clip. He then turns the camera on Doss and asks how the action is, to which she replies, “Hot! And… fast. Hot action.”

Given creator Shonda Rhimes’ super-dramatic other shows, we have to imagine things will pick up soon — maybe once it stops raining. But since, like its Grey’s predecessor, the series is being shot in Seattle (a haven for any rain-lover), we should probably get used to seeing the moody weather as a backdrop.

It's getting wild and crazy here on day 1!!! @dontgo_jasonwaterfalls @shondalandtv

Hayden and Doss were announced as cast members earlier this month, along with Miguel Sandoval (who plays the captain), Aquarius alum Grey Damon, Hamilton star Okieriete Onaodowan, and Too Close to Home actress Danielle Savre. Jaina Lee Ortiz and Jason George (AKA Dr. Ben Warren) — both announced in September — will also star. (George is leaving Grey’s to join the spinoff.) Let’s just hope their first days on set are a little more exciting.

While we don’t know when the spinoff is set to premiere — or even what it will be called — we can’t wait to see more from what could very well be one of our new favorite shows.

Are you excited about the Grey’s Anatomy firefighter spinoff? Let us know @BritandCo!