Here’s How Procrastination Can Be a Creative Super Power 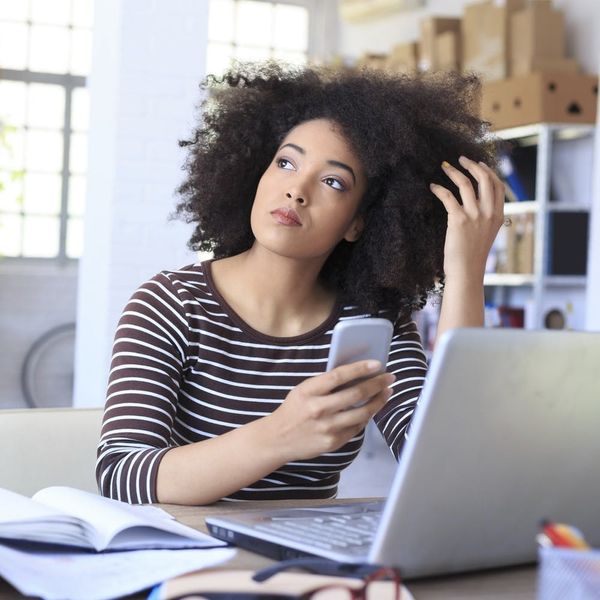 We’ve all seen procrastination top a list or two of common productivity problems or horrible work habits. And since we creative ladies are always trying to understand the habit and learn how to stop procrastinating, we totally welcome a fresh perspective. So to get another opinion on idling with a ton to do, we reached out to Silvia Christmann, an incredibly inspiring executive growth coach who swears that procrastination isn’t *always* a terrible thing. Read on to learn more about how the behavior might benefit you and how to use it as a superpower for cranking out great creative work.

When procrastination is a good thing

It’s known as a horrible habit, but procrastination might help you find clarity around priorities and values and help situations to resolve on their own. Silvia agrees and says, “Procrastination CAN produce positive results if we learn how to use it as a tool to manage delay. When we do, we can make better choices.” The trick is learning how to effectively manage your own delay, which Silvia believes comes down to being in touch with understanding your emotion and behaviors.

“I find that people who struggle with stress often launch into immediate action, which causes a ton of unnecessary work and more mistakes. Actually taking time to evaluate a situation from a distance can help you understand which tasks really matter — and sometimes, problems solve themselves while you wait,” she tells us. And we can totally see how this might really apply, like holding off on responding to a friend who said something insensitive (don’t send that email!), or putting off a work project that feels like it won’t contribute to your overall goals.

How to use procrastination as power

If you’re a person who performs super well under pressure, Silvia says there might be another added benefit for you. “You can use procrastination to artificially create the right emotion and settings to produce better results,” she wisely says. At that point, it can be a bit of a superpower for productivity.

Silvia says first to remind yourself that not everything calls for fast action or an immediate fix, and then, to change how you think about procrastination itself. “Procrastination definitely doesn’t have to be self-sabotage. It can just be the art of being present, staying with the flow and spending time on things we find most valuable.” All good things!

Silvia then recommends tracking the times you find yourself procrastinating to figure out whether or not your heart is into the task you have to spend energy on. If it’s not, think about how you can make changes to be naturally happier and more productive. If you are passionate about your task and simply uninspired at the moment, Silvia suggests finding ways to switch it up.

She tells us, “Creative industries get SUCH a bad reputation for procrastinating, while modern science might argue that creatives are honestly just better at honoring their flow states, delaying production until inspiration hits.” A creative herself, Silvia told us that it can personally take her a while to get into a frame of mind where she’s ready to GSD. She says her delay is often filled with bike riding, changing her surroundings and even tinkering with varying work hours. “Some people might see me do this and think I’m procrastinating — but the reality is that I’m trying to find the perfect spot. I’ve finally come to think of it as setting the mood for the process of tackling tasks.”

When procrastination *is* a real problem

Silvia notes that scientists still argue that there’s a difference between types of procrastination, which gets broken down into active and passive procrastination. She schooled us on the difference, saying, “Active procrastination is a state of being present and aware of the problem or task at hand but not seeing an immediate need to act on it.” A good example might be spending your time with friends and knowingly ignoring your overflowing laundry basket.

On the other hand, she explains passive procrastination as chronically avoiding responsibility, like “when you sit around doing nothing at all, letting life pass you by without engaging at all. This is when procrastination is actually a huge problem and you should focus on making changes.” She tells us that it’s not uncommon to see passive procrastination paired with depression, and to be aware if you notice yourself or a friend slipping into such a state.

Silvia also reminds us about the importance of considering others when it comes to managing delay and finding the balance between what really works and what doesn’t. “If you’re the person on the team who always misses deadlines and puts unnecessary pressures on your collaborators, it might be time to reevaluate your priorities,” she says.

Do you procrastinate? Has it helped or hurt you? Spill your productivity secrets and stories with us on Twitter @BritandCo!

Krista Gray
Krista Gray is a web producer and freelance writer who lives in San Francisco. When she's not working with clients through her company GoldSquare, she loves reading, traveling, and learning new things.
Home News