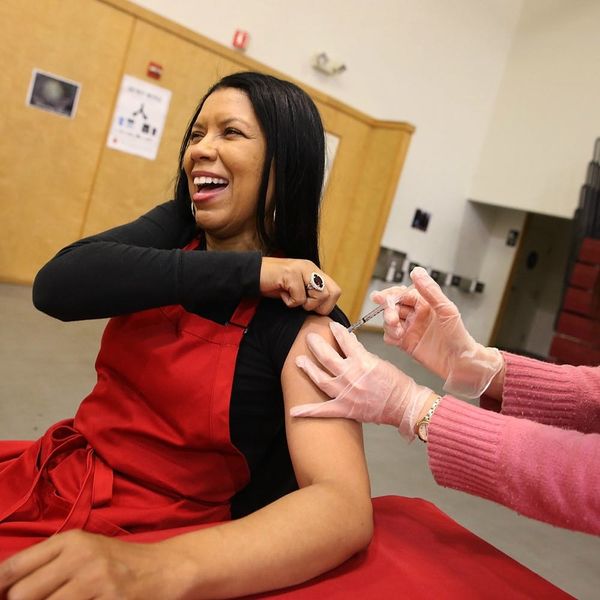 With nearly 4,000 deaths per week, the flu is wreaking havoc in the US. Most of the country is gripped by a massive flu outbreak and flu vaccine rates are estimated to be the lowest they’ve been in years. Many people decided to skip the vaccine altogether this year — likely because of widely-circulated false reports that it was to blame for causing the outbreak, itself, and other reports that question the vaccine’s efficacy. Combine that with the high price of copays for flu treatment and a less typical strain of the virus, and you get a disaster.

A conversation that keeps coming up is about how effective the flu vaccine is in protecting against this year’s viral strain. One of the reasons people have been skipping the flu shot this year is because of reports that it’s only 10 percent effective in preventing this year’s virus. While that stat is somewhat accurate, it misses some key points about how statisticians monitor the flu, how the flu works, and how it moves across the globe.

Last summer was when clinicians and doctors planned out what would be in this year’s flu vaccine. They based their findings, in part, on information from South East Asia and Australia — their winter is our summer. Unfortunately, influenza is a living, changing infection. When the flu shot went into production, the flu itself mutated.

Only 10 percent of those in Australia who were vaccinated at the time were completely protected from the flu by the shot, but that doesn’t quite mean that the shot is only 10 percent effective. Those who did get the flu had less severe symptoms, were likelier to stay out of the hospital and, most importantly, were least likely to die from the flu baring any other medical issues.

With folks stateside believing the shot is ineffective, and overall vaccine rates on the decline, many have opted out. But that’s not a great approach. With a particularly dangerous flu, getting a shot can help mitigate what happens if you do get infected. When you don’t get the shot, your chances for a worse sickness, hospital stays and possible death increase.

Influenza can cause viral pneumonia and organ failure, leading to death. Besides protecting yourself from the flu and an otherwise preventable death, getting the flu shot is important for those around us, too. Little babies, seniors and people with medical conditions that cannot get vaccinated benefit when the community is protected.

Given that the flu is killing more people annually than cancer, AIDS, and other diseases, you would think that we’d all be lining up to get the shot, but misinformation remains. Yet, when you look at numbers like from the 2015-16 flu season, the CDC reported that the flu shot prevented more than five million cases of the flu, about 2.5 million medical visits and more than 70,000 hospitalizations. It was also estimated that it prevented 3,000 deaths.

In the words of Toronto infectious disease specialist Dr. Isaac Bogoch, the shot might not be perfect, but i”t’s still the best protection we have.”

Do you get an annual flu shot? Tell us @BritandCo!

Kat Armstrong
Kat has been a writer, social media maven and mom for longer than she's willing to admit. She's also spent time in front of and behind the camera, interviewing celebs, politicians and acting as a producer for fashion and artistic photography shoots. When she isn't writing for various orgs and publications, she's hanging with her kids, husband and French Bulldog, Peter, in Toronto, Canada.
Controversy
Womens Health
Controversy Womens Health
More From Womens Health