Here’s WTF You Need to Know About Cloud Computing 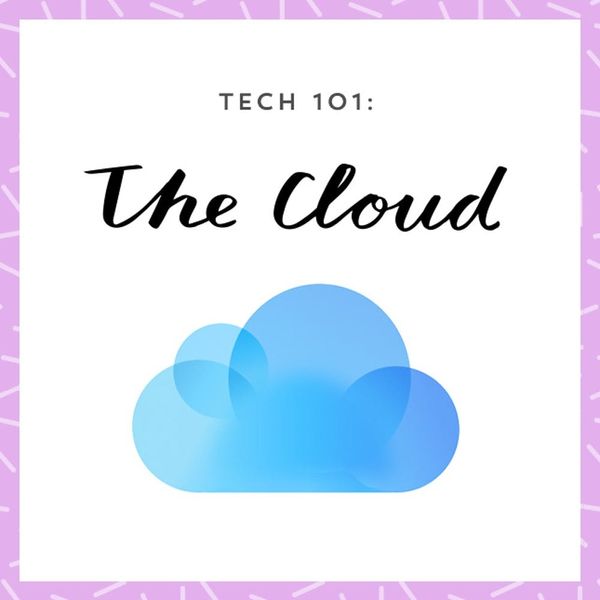 Computers are fantastic. They can help us get creative, get our work done and stay in touch with friends and family. Basically, they’re useful all around… except when they aren’t. Like, say, when your hard drive goes kaput and you forgot to back up your stuff. Yikes! Since we don’t want to see you lose all your hard work, we’re here to explain what the cloud is and how you can use it to gain some peace of mind — although you’re probably already using it without even realizing it!

What is the cloud?

Well, first of all, we’ll tell you what it’s not: a literal cloud in the sky. We hate to break it to you, but when something is “in the cloud,” that doesn’t mean that it’s floating merrily along above everyone’s heads. In the most basic sense, it just means that your own computer isn’t doing all the heavy lifting. Instead, a whole network of computers is working together, sharing resources to ensure the best possible performance. Kind of like teamwork with people — a lot of times you could do most of the work yourself, but it’s a heck of a lot easier if you have help. When you rely on a larger network of computers — the cloud — you don’t need to worry much about whether you have top-of-the-line hardware, like memory or hard drive space, because your computer doesn’t have to do most of the work. Go team!

The cloud is also useful behind the scenes; many businesses and websites use it to make sure they are always (or nearly always) up and running. Distributing the load across multiple servers means more reliable web apps. If one server crashes, there are others to carry the extra weight until that server comes back online.

Most common uses for the cloud

One of the first things that comes to mind when someone mentions the cloud is storage. We see this with Google Docs, Dropbox, iCloud and even Amazon; when you’re backing up photos or documents to one of these services, you’re using the cloud. Even if you don’t use the cloud for document storage, if you’ve ever used a web-based email service, such as Gmail or Yahoo Mail, you’ve already used the cloud. Those emails are stored on servers, not on your computer’s hard drive. This is how you can access your email and documents from any computer with an internet connection.

Another big use for the cloud is file sharing, because using plain manila folders got really old, guys. It’s easy to share files with several people at once. For example, you could upload several photos to a cloud-based photo service and then share them with friends and family — they don’t have to have the photos on their computers already. If you email someone a photo, both the email and the photo stay in the cloud until the recipient chooses to download the attachment (proof that the emails and documents aren’t stored on your computer).

Creating backups is one of the most important uses for the cloud. A hard drive failure can happen to anyone at any time, so it’s uber important to protect your files. Certain apps can automatically back up your data to the cloud, or you can manually save it to a service like Dropbox or iCloud. Now, if your computer ever gets lost or the hard drive dies (boo!), you’ll still be able to retrieve these files from their happy place in the cloud. (Oh, and any time an app says something to the effect of “sync data across devices?” Yep, it’s using the cloud.)

If all that backup doesn’t take a weight off your shoulders, we don’t know what will. Like we said, anything can happen to anyone at any time, so it’s always best to be prepared, and to have somewhat of an idea about what’s happening under the hood of your devices.

Do you have any other tech you’d like us to explain? Tell us @BritandCo!

Shea Lignitz
Shea can be found in the nearest bookstore or brewery, exploring the great outdoors, or blasting Led Zeppelin. She grew up in the cold and rain of Northern California's redwoods but is currently wandering around Texas.
Tech
More From Tech