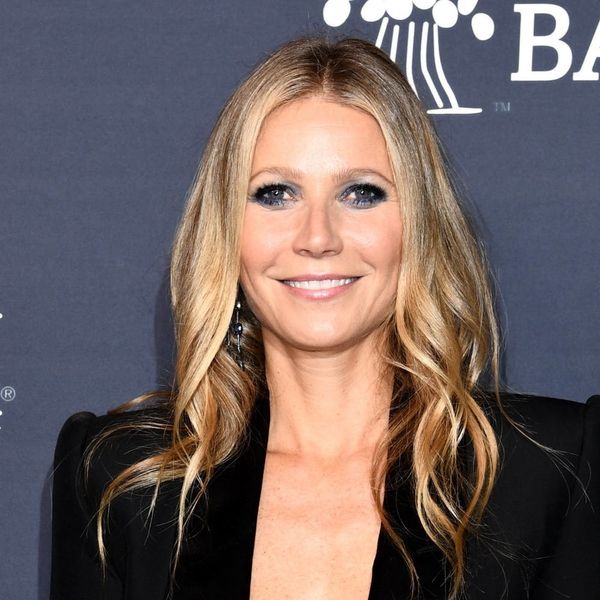 We’ve long-suspected that Goop founder Gwyneth Paltrow would soon be walking down the aisle, with rumors of an engagement to Brad Falchuk beginning to swirl as far back as November. Now, the Spiderman: Homecoming actress has confirmed the news to her own publication, showing off her brand new ring finger bauble in the process.

In a photo from the outlet obtained by Glamour and shot by Steven Pan, the mother of two can be seen smiling wide as she receives a kiss from her TV writer beau, with her massive round sparkler jumping out from the hand she’s placed around his neck.

While not many details are yet known about the piece, a quick zoom appears to show a single (massive!) round stone set in a simple gold band large enough to give even Paris Hilton’s 20-carat stunner a run for its money.

The stunning piece will also likely be featured within the pages of the couple’s cover issue, which is available on Goop for $15.

Paltrow 45, and Falchuk, 46, have been together since 2014 after meeting on the set of Falchuck’s show, Glee, on which she was a guest star.

They released a joint statement to Good Morning America, saying, “We feel incredibly lucky to have come together at this juncture in our lives when our collective successes and failures can serve as building blocks for a healthy and happy relationship.”

What do you think of Gwyneth’s rock? Show us over @BritandCo.

Nicole Briese
Nicole is the weekend editor for Brit + Co who loves bringing you all the latest buzz. When she's not busy typing away into the wee hours, you can usually find her canoodling with her fur babies, rooting around in a bookstore, or rocking out at a concert of some sort (Guns N' Roses forever!). Check out all her latest musings and past work at nicolebjean.com.
Celebrity Engagement
Wedding Style
Celebrity Engagement Celebrity Style Celebrity Wedding Engagement Engagement Rings Gwyneth Paltrow