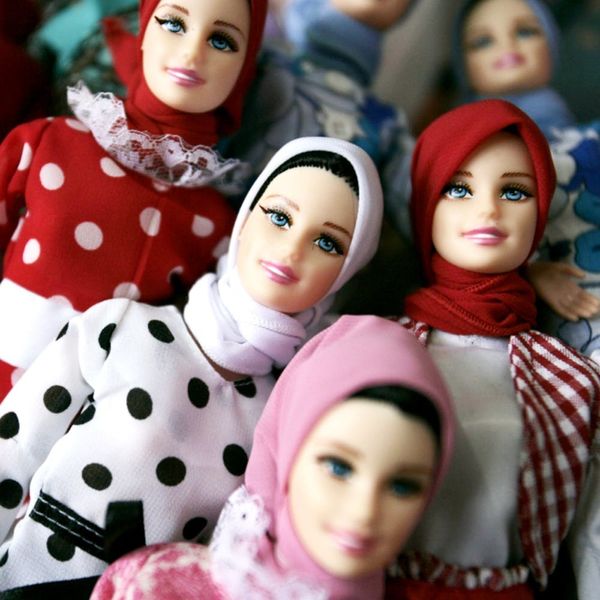 New York Fashion Week (more like month) is upon us for the fall/winter season, and there’s one article of clothing you might not have expected to hear buzzing. The hijab, AKA headscarf worn by some Muslim women, is getting some creative visibility thanks to a totally gorgeous Instagram account.

@Hijarbie is the brainchild of 24-year old Nigerian designer Haneefah Adam, who also has her own line of modest fashions called Hanie Collection. She’s a medical scientist by day, according to her personal Insta account, @muslimahanie. Like DANG, girl. According to Mic.com, Adam came up with the idea after seeing accounts such as @barbiestyle. She saw Barbie doing contemporary things we love like taking selfies and hanging with Derek Zoolander, so why not make Barbie represent her reality?

It’s incredible that she did — she’s got over 30,000 followers after just two months on Instagram. She makes all Barbie’s clothing herself, and often takes inspiration from popular Muslim fashion bloggers who sport traditional garments too.

Brands have been paying attention to this part of the world and this woman’s particular needs. For example, there’s Dolce and Gabbana’s hijab line for Muslim women who want to look fabulous but still dress modestly according to their beliefs. H&M has also recently released a line of hijab fashion for this market, proving that even fast fashion retailers are paying attention to a variety of women’s fashion needs.

This new category of “modest fashion” is going to be blowing up in years to come — already the industry is projected to be worth a cool $327 billion by 2020. That’s a lot of fashion options for women who might not have had so many even a generation ago.

Show us your mini fashions over on Instagram with the hashtag #iamcreative!