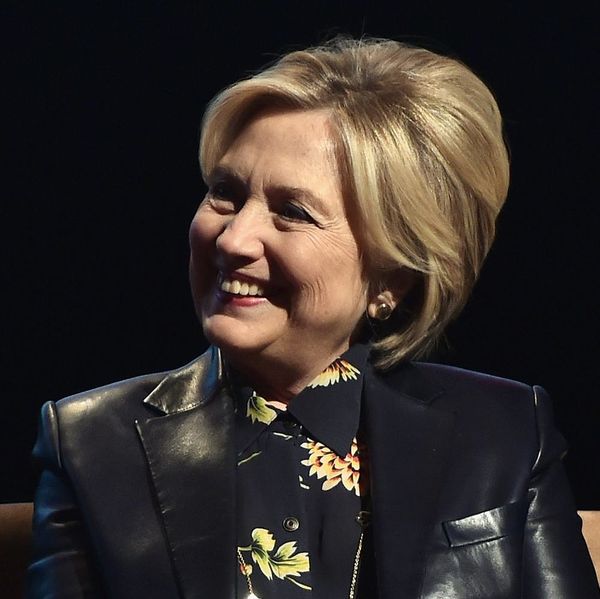 As the effects of climate change ramp up in the coming decades, it’s going to be up to the women to keep everyone warm, housed and fed. That’s what Hillary Clinton suggested while speaking at an event at Georgetown University in Washington DC earlier this week.

A member of the audience at the event asked Clinton how climate change might affect women specifically, and the former secretary of state did not hold back in her response.

“Particularly for women, you’re absolutely right, they will bear the brunt of looking for the food, looking for the firewood, looking for the place to migrate to when all of the grass is finally gone, as the desertification moves south and you have to keep moving your livestock,” said Clinton. “Or your crops are no longer growing — they’re burning up in the intense heat that we’re now seeing reported across North Africa and the Middle East into India.”

In her presidential platform, Clinton described climate change as “an urgent threat and a defining challenge of our time.”

She raised her voice as the Trump administration shared their plans to withdraw from the Paris Climate Change Agreement, and she’s continuing to speak out now.

What Clinton said at Georgetown is widely accepted as true. According to the United Nations, “Women commonly face higher risks and greater burdens from the impacts of climate change in situations of poverty, and the majority of the world’s poor are women.”

The UN and many other organizations also point out the importance of including women in leadership roles when it comes to making policy decisions about climate change, since it is women who will be most adversely affected by the coming changes.

In her talk, Clinton suggested that women look for international organizations committed to the fight against climate change to support, and that even small actions can have a big effect. She gave planting drought-resistant trees as an example of a simple act that can create shade and protect valuable soil.

“60 percent of smallholder farmers are women,” Clinton pointed out. “Mostly with less than an acre, toiling to feed their family.”

When it comes to climate change, women are the ones who need to be advocating for change and working to create positive policies, because, as Clinton puts it, “Women once again will be primarily burdened with the problems of climate change.”

What do you think of Clinton’s remarks? Tell us on Twitter.

Lia Grainger
Lia Grainger is a freelance journalist and reluctant nomad who divides her time between Canada and Spain, weather dependent. She's written for The Atlantic, Reader's Digest, the Toronto Star and other print and online publications, and her work appears in dozens of languages around the world.
Environment
Current Events
Environment