How One Woman Is Bridging the Gap Between Refugees and Americans 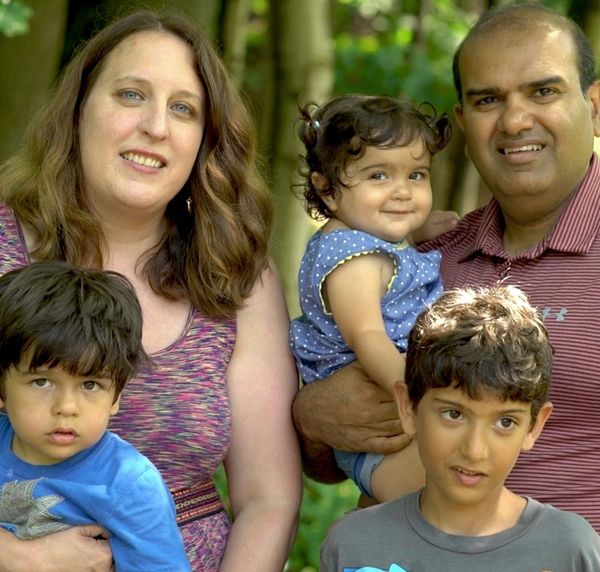 For many refugees who arrive in the United States, getting to know a brand new country can be only one of the several challenges they face. From finding suitable accommodations to obtaining a job in today’s economy, the resettlement process is not easy. But the biggest hurdle that some refugees face is the systemic racism, especially under a political administration that has framed refugees and immigrants as unwanted intruders.

Frustrated with the political climate, Pittsburgh-based philanthropist and graduate student Sloane Davidson founded the refugee mentoring organization Hello Neighbor in January 2017 to help match American families with refugee and immigrant families who have recently arrived in the United States.

“I wanted to find a way to provide mentorship for the refugee families but also friendship, so I started asking them what they would be interested in, and I started talking to American families,” shares Davidson in an email interview with Brit + Co.

Davidson came up with the idea for Hello Neighbor after she’d had the chance to host a Syrian refugee family during Thanksgiving last year. The experience made her realize the great potential for connection between refugees and Americans — a bond that would benefit both sides.

Hello Neighbor offers a four-month program that matches refugee and American families to become friends, mentors, and in some cases, second families. As soon as Davidson launched the program, the response was overwhelming. People from all over the country were emailing to find out how they, too, could sign up and be involved in the process.

Davidson explains that the refugees who take part in the program are seeking and creating new connections and communities. An accessible community is something that Davidson believes every human being deserves.

To date, Davidson has matched 25 refugee families from six countries to American families within Pittsburgh. Recently, the program secured funding from the USA for UNHCR and The Heinz Endowments for $130,000, which will help expand the program throughout Pittsburgh and hopefully throughout the United States while making additions to the types of economic and educational assistance they offer to people in their program.

While the word “refugee” has become politically loaded in recent months, Davidson is doing her part to change public perception of the people behind the word.

“Refugees are much much more than refugees,” she says. “They are mothers and fathers and shopkeepers and soccer players and so much more than just one thing. Like we all are. Wouldn’t it be amazing if we could look beyond this one thing and see them for who they are, and who they were before they were forced to flee from their homes?”

Do you have a refugee resettlement program in your community? Tell us @BritandCo!

Amanda Scriver
Amanda Scriver is a passionate storyteller and body image advocate based out of Toronto, Canada. When she isn't writing for various publications, she finds time to Keep Up With The Kardashians while partaking in life's greatest pleasure: the chip buffet. Don't ask her what her favorite restaurant is, it's complicated
Immigration
Current Events
Immigration Ladies First Politics
More From Current Events