Here’s How Weddings Have Changed Over the Last 10 Years 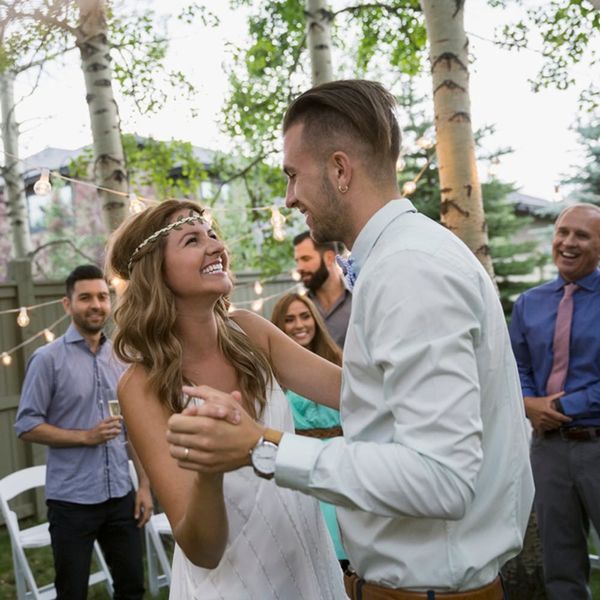 Donuts for dessert, hand-lettered invitations, and hanging backdrops for a picture-perfect photo op — these are just a few of the latest wedding trends. While most of these hot new trends surround food, fashion, and décor, we don’t often get a look into the trends that affect weddings themselves. Things like your hometown, family income, and your political beliefs can have a huge impact on whom you marry and when you marry them. WeddingWire conducted a survey in celebration of its 10th anniversary that looks into relationship and wedding trends over the last decade. Read on for seven ways that weddings (and couples!) have evolved since 2007.

1. Couples are marrying later. As women are empowered to be more career oriented and less dependent on marriage for financial stability, they’ve been tying the knot later. In 2007, the average age of marriage for a female was 26, and that number has jumped to 30 since then. In comparison, men are, on average, 32 when they get married as opposed to 29 back in ’07.

2. Couples are spending more on engagement rings. Ten years ago, the average price for an engagement ring was $2,600. Not anymore. Today, couples are shelling out $5,000 for their bling. Perhaps they’re stepping outside the box and saying “yes” to non-traditional rings that are as unique as they are. (Black diamonds, anyone?)

3. Couples are staying engaged longer. In 2007, an engagement typically lasted about eight months. Fast forward to today, and an engagement averages about 13 months. That’s a pretty significant jump! According to WeddingWire, couples are prolonging their engagements to plan more elaborate, over-the-top weddings. Additionally, many couples tend to cohabitate before they get married, so they don’t feel as much of a rush to tie the knot.

4. Couples are doubling their wedding spending. The interesting thing to note here is that although wedding costs are practically doubling — the average today is $28,000 compared to $16,000 a decade ago — the number of guests invited to the nuptials remains unchanged. WeddingWire largely attributes this shift to more elaborate weddings that are held in nontraditional — and often more expensive — locales.

5. Parents are getting in on the planning. And they’re helping pay for the wedding too. Today, 69 percent of parents say they did at least some wedding planning, according to WeddingWire. That’s up 10 percent from 2007. With rising wedding costs, it’s no wonder couples are asking their parents to help sort out the many details that come with hosting an extravagant soiree. Today, 46 percent of parents are also paying for the nuptials — up 10 percent from 2007. To be fair, though, 44 percent of couples are footing the bill; in 2007, only 36 percent did so.

6. Couples are sharing their wedding details on social media. In 2007, only 18 percent of couples shared their proposal or wedding details on social media, but 10 years later it’s a totally different story. According to WeddingWire, 64 percent of couples are sharing their happy news with their followers. Instagram launched in 2010, which could be why the change is so drastic. Over the past 10 years, social media has become a *huge* part of our lives, and it’s no surprise that couples want to share big life events with their closest friends and followers.

7. More couples are meeting online. If you’re still looking for love, this survey says that the most tried-and-true method of meeting your future spouse is through a friend. However, the difference in couples that have met online is astounding. Ten years ago, only 12 percent of couples that got married said they met online. Today, that number has jumped to almost one in five. Touché, Tinder!

How did you meet your S.O.? Let us know @BritandCo!

Gabrielle Gresge
Gabrielle Gresge is a Chicago native and journalism student at the University of Missouri. While not chasing deadlines, she enjoys giving campus tours, exploring her new home, and missing her old one. She loves to write about these experiences in her own handwriting at gabriellegresge.wordpress.com.
Wedding Trends
Relationships
Wedding Trends
More From Relationships