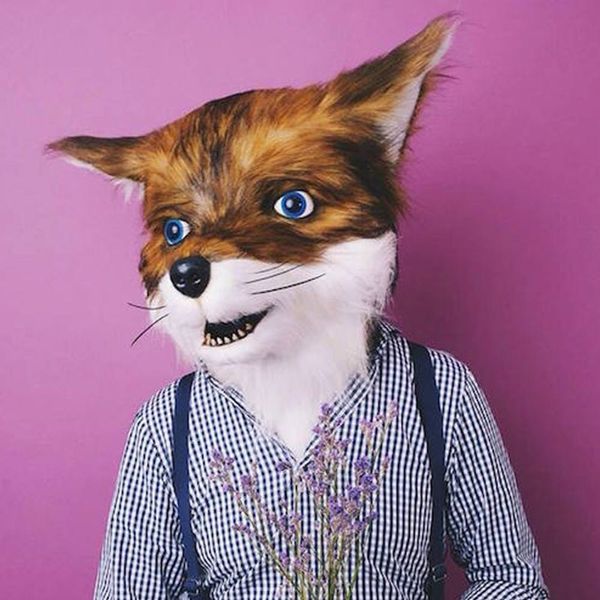 While last year, we were totally captivated by “What Does the Fox Say?,” this year, it’s all about where the fox goes. Meet Julio, the world’s first globe-trotting fox.

He’s a fox who travels the world and makes friends easily, hopping from country to country and sharing his adventures on Instagram (@huntgram). He also recently launched his own photo sharing community app (also called Huntgram), which means he’s not only charmingly furry, but also impressively ambitious.

Julio is the creation of two Argentine dudes who love to explore and wanted to bring the Instagram community closer together (in real life — gasp!). Lucas Warat and Agustin Gotlib commissioned a friend to make the fantastical fox head for their project, and now they bring him everywhere. “In airports, security guards always open the bag and ask us what is this all about,” the duo told Buzzfeed in an interview this fall. “But everyone ends up laughing at it.”

Where do you think Julio should go next? Let us know in the comments!

Annie D'Souza
Annie is the founding father and editor-in-chief of The Midwestival and a long-time jean-on-jean enthusiast.
Art
Home News
Art Artist Photography