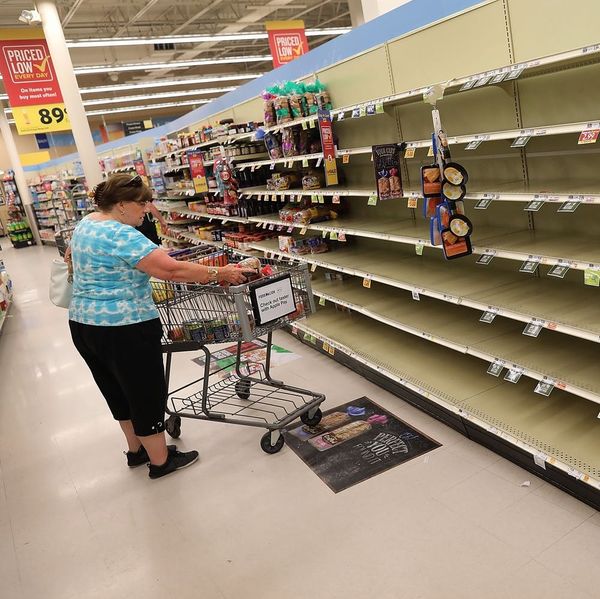 Hurricane Florence is expected to hit the mid-Atlantic region of the US on Thursday. Already, 1.5 million people have evacuated their homes ahead of the massive storm, according to the Daily Beast, as meteorologists warn that subsequent flooding could resemble the aftermath of 2017’s Hurricane Harvey in Texas.

“Some of the most common that have been studied involve their perceptions of risk, issuance of a mandatory evacuation order, [and] their financial ability to evacuate,” she tells us.

But the factors that lead to whether or not someone can evacuate are more complex. For instance, it’s not always that people who don’t evacuate ahead of a storm don’t want to or don’t know they need to, necessarily, but rather that they may simply not be able to leave.

Poor people and people with disabilities can face significant barriers to evacuation, and often state or local governments do not provide sufficient resources.

What this means is that significant numbers of people remain at home, in the line of danger. Ahead of Hurricane Katrina, which devastated the US Gulf Coast — particularly the city of New Orleans — in 2005, 1.7 million residents were evacuated. But an additional 150,000 to 200,000 stayed put.

The good news is that some states have taken action to improve evacuation options.

The not-so-good news is that low-income individuals and families not only have fewer resources to get out of town before disasters, but also have a much harder time recovering from damage caused by events such as hurricanes. According to a 2017 report from the Substance Abuse and Mental Health Services Administration, people of low socioeconomic status are likelier to live in homes that are more vulnerable to the impact of disasters, like trailers.

“As a result,” the report reads, “their experience of a disaster may involve more material losses, less protection from disasters, and perhaps greater damage to or destruction of their homes.”

In addition, there are people who are not even allowed to evacuate at all — even when mandatory evacuation orders are in place. Often, prisons and jails do not evacuate incarcerated people ahead of natural disasters. Prisoners trapped inside during Hurricane Katrina and the immediate aftermath were without drinking water and power, and were forced to live in facilities flooded with sewage-tainted water.

Hundreds of incarcerated people in prisons and jails in Florence’s path are not being evacuated by their state Departments of Corrections. While some prisoners in North Carolina and Virginia have been evacuated, local South Carolina newspaper The State reported Tuesday that the South Carolina DOC will not be evacuating. Advocates for prisoner rights are encouraging concerned residents to call local DOCs to pressure them into evacuating prisoners before the hurricane strikes.

Elizabeth King
Elizabeth King is a politics, history, and culture writer based in the Twin Cities. She is generally pretty cranky but still enjoys traveling, music from the early 2000's, and plotting the resistance. Feel free to say hi on Twitter at @ekingc or check out some of her work at www.elizabethcking.com.
Environment
Current Events
Environment