Thanks to IKEA, You Can Now Build the Urban Garden of Your Dreams 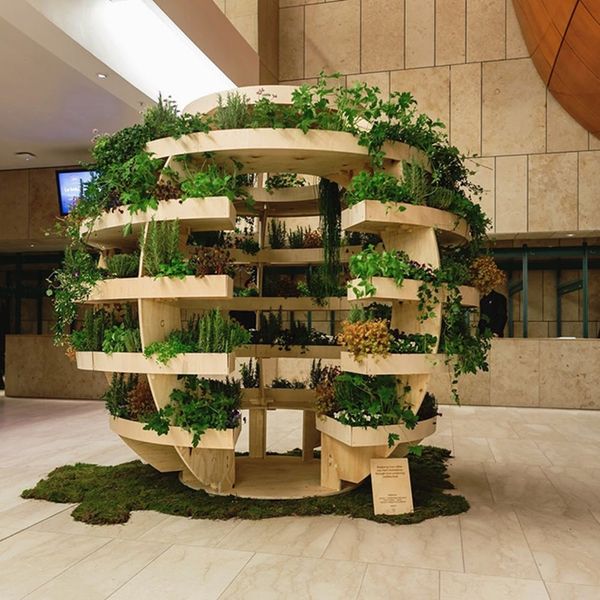 Real talk: We are *kinda* obsessed with IKEA. Whether it’s an easy no-sew project or the ultimate hack for a plant shelfie, the Scandi-chic brand can do no wrong in our eyes. And they’ve hit pay dirt with their fanbase yet again, releasing DIY instructions for fellow Swedish brand SPACE10‘s urban farming sphere, AKA The Growroom, which initially turned heads upon its debut in 2016. Now anyone with access to plywood and a milling machine can create a “farm pavilion” and grow their own food.

Designed specifically for city dwellers, The Growroom is meant to replace the nitty-gritty aspects of traditional farming. The smartly designed wooden structure lets plants and vegetation grow vertically, as opposed to requiring vast acres of land that just don’t exist in most cities.

The team at SPACE10 built The Growroom so that anyone “could produce food of the highest quality that tastes better, is much more nutritional, fresh, organic and healthy.” They wanted to design a structure simple enough for anyone to build so people would feel inspired to DIY their way to their own sustainable gardens. Once you’re finished, you can sit back, relax, and let nature do its thing. Wouldn’t it be cool to ditch the grocery store lines and cook your own good eats? So sign us up, IKEA — we want in!

What do you think of The Growroom? Tweet us @BritandCo!