Why Comedy Is More Important Now Than Ever 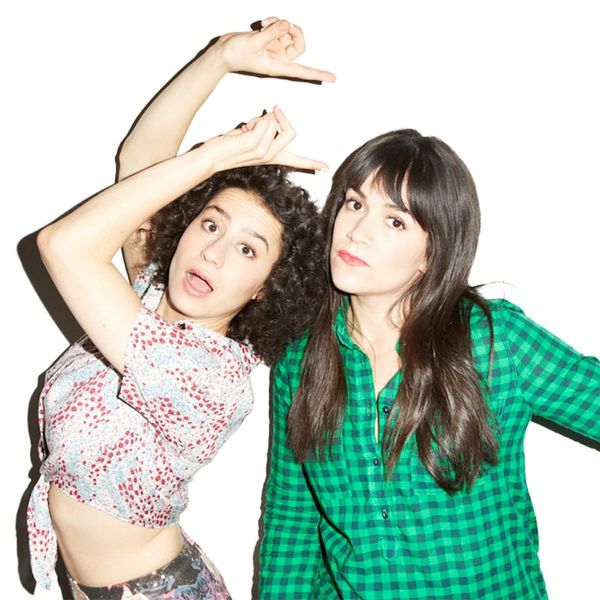 It’s been just a few months since Trump took office, and Netflix has released a weekly comedy special and late night talk shows are up to their ears in political satire. Coincidence? We think not. In this hyper-polarized political climate, it’s no wonder we turn (sometimes desperately) to comedy. We love the witty people who, on the daily, are taking social commentary by storm with total comedic finesse. From Trevor Noah‘s satirical news reporting on The Daily Show to SNL‘s Kate McKinnon and her spot-on HRC impressions, we just can’t get enough of the talented, young, and hilarious comics that are making the political world as we know it just *slightly* more palatable.

To explore the broader, and gender shifting (you go, girls!) world of comedy, we caught up with Colossal Clusterfest‘s event organizers — Steve Raizes, Senior Vice President and Head of Operations and Strategy at Viacom Music and Entertainment Group, and Jonathan Mayers, Co-founder of Superfly. Clusterfest is taking place in San Francisco in early June and will feature performances from some faves like Abbi Jacobson and Ilana Glazer of Broad City and Phoebe Robinson and Jessica Williams of 2 Dope Queens. See what Raizes and Mayers had to say about the rise of female comics and why we all could use a little laugh right now.

Brit + Co: Why is comedy valuable?

Steve Raizes: More than anything else, comedy makes you feel good. Laughing makes you feel good. And the ability to laugh in a space with a lot of other people, there’s something wonderfully communal about that. It’s a shared experience that you come out of feeling a bit better about the human condition in general.

Jon Mayers: With today’s political climate, satire has really become an important medium for delivering and discussing news and other topical issues in an entertaining way, that connects with people and catches their attention. The popularization of The Daily Show is probably the greatest example of how comedy has revolutionized the news.

B+C: How has comedy evolved in the last 20 years?

SR: It’s been a huge renaissance for comedy in the past 5-10 years. [We’re] seeing how comedy reacts in the world of social media and talent that gets its start from different areas. For example, Broad City started as a web series out of the Upright Citizens Brigade. It’s an incredibly strong and vibrant scene right now with an amazing mix of both new and more established voices, and I think Clusterfest is working really hard to be a showcase for that. So you’ll be able to go and see masters like Sarah Silverman and Tig Notaro and then also the next generation of stars such as Abbi and Ilana from Broad City, 2 Dope Queens, and a whole lot more.

B+C: How are female comics, specifically, changing the face and direction of comedy?

SR: The past few years have had some incredibly powerful moments in comedy in general that just so happen to be from female comics. Tig’s set about her mastectomy in New York was one of the most profound bits of standup I’ve ever seen. Sarah continually pushes what the conventions of traditional standup are, as has Amy Schumer in her last special. I think all of that continues to further redefine the concept of standup itself, making it personal, more introspective, and more challenging.

B+C: What factors are contributing to women’s voices becoming more prominent in comedy?

SR: [It] feels like part of a broader social and societal shift. And given our current political and social times, I think that this shift will continue, that people will always want to seek out voices that they feel represent them and what they are feeling in the current times.

B+C: Which female comics coming to Clusterfest are you *most* jazzed about?

JM: I’m a huge Broad City fan, and we’ve created some unique programming with them that I’m particularly excited about.

Are you going to Clusterfest? What comics are you most excited to see? Tweet us @BritandCo!

Lindsey Graham-Jones
Lindsey is a lover of all things animal print, a surfer of knee-high waves, and a seeker of sunshine.
Music
Pop Culture
Music
More From Pop Culture