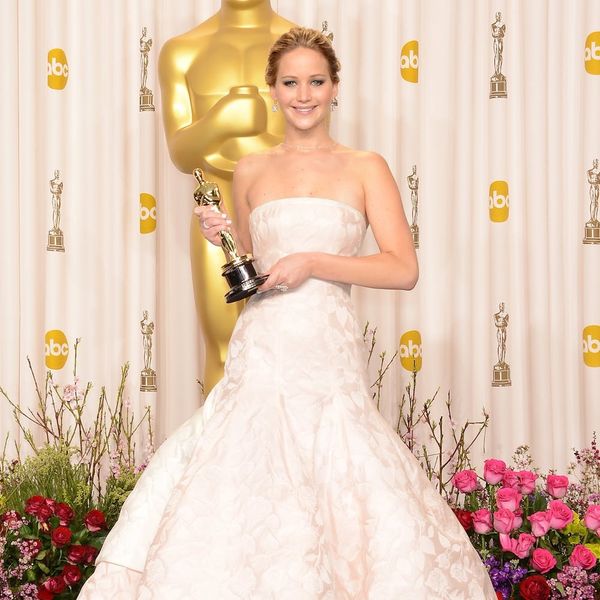 Sunday marks the 88th Academy Awards, and we’re gearing up to see first time attendees like Brie Larson and style icons like Cate Blanchett all dolled up for the red carpet. In honor of the occasion, the folks at WalletHub have crunched the numbers and come out with an infographic that’s loaded with interesting facts. For instance: Did you know that at 25 years of age, Jennifer Lawrence has already written Oscar history by being the youngest person to have received four nominations? Yes, four. She actually won the Oscar for her role in Silver Linings Playbook back in 2012.

Leonardo DiCaprio has been nominated an impressive SIX TIMES (!!) but the teen heartthrob-turned-serious-actor has yet to take home a statuette for his mantel. The critics are in his corner this year, with everyone betting on Leo to finally win Best Actor for his film The Revenant. It helps that it was directed by last year’s Best Director award winner, Alejandro González Iñárritu. Fingers crossed for Leo! Other interesting factoids include the fact that out of its fellow nominees, The Martian was actually the biggest hit in the box office, grossing a total of $633 million in sales worldwide.

Unfortunately, when it comes to diversity, the Academy doesn’t have a great track record. Since 2001 — that’s 15 years ago — there have only been three black actresses nominated for any categories. The last was Halle Berry, who won Best Actress for Monster’s Ball. Similarly, there have only been three black actors who have been nominated since 2006, when Forest Whitaker won Best Actor for The Last King of Scotland. An overwhelming 95 percent of all Academy Award nominees in all 88 years have been white — and we’re not even touching on the lack of other ethnic groups like Latinos, Asians and Native Americans.

When it comes to the Oscars — or any major red carpet event — you know that celebs have entire teams devoted to making them look fabulous. They’ve got hair gurus, makeup artists, pro stylists, and more. It’s a lot of prep and a lot of dollars spent! The average cost of prepping an actress for the red carpet is around $3,500 alone — which is a lot when you take into account that their gowns are usually lent to them by the designers, as are their jewels. As for the cost of that length of red carpet itself, here’s a little piece of trivia you can take to your viewing party: The carpet alone costs a whopping $30,000. Yep.

Finally, you might be wondering whose name has popped up most often on the Oscars nominee list throughout Academy Award history. The answer is director and producer Steven Spielberg, whose films have gotten him nominated 128 times in the span of his 53-year career. Whoa.

What do you think about this Oscars infographic? Tweet us @BritandCo!

Kimberly Wang
Kimberly Wang writes about all things pop culture, tech, style, and beauty. She's a Bay Area transplant and has an MFA in Creative Writing from Columbia University. On a sunny New York day, you can find her hanging out with her mini schnauzer Isabelle Jellybean on a blanket in Central Park.
Infographic
Pop Culture
Infographic Oscars
More From Pop Culture