Why Your Favorite Teen Heartthrobs Have Never Won an Oscar (Yet) 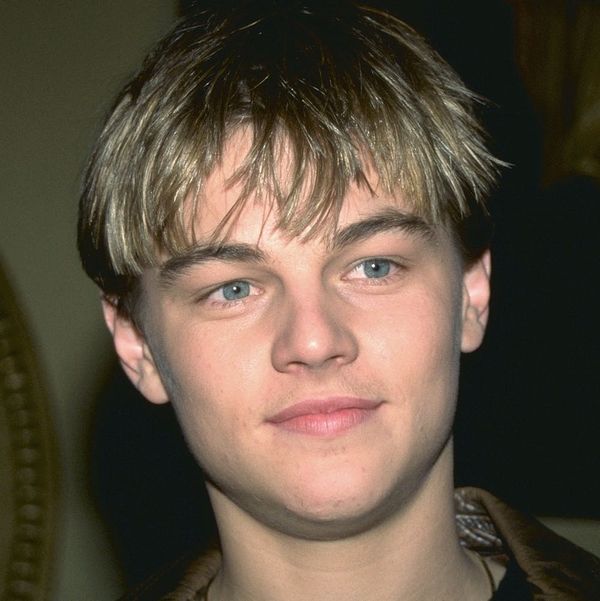 This morning, we all woke up to pleasant and relatively unsurprising news: Leonardo DiCaprio has been nominated for an Oscar. Again.

Because, of course he has. As sure as the day is long, we can be equally sure that Leonardo DiCaprio (who is also my boyfriend, but please don’t ask him about it because he’s very secretive) will be nominated for any movie he’s campaigning for. 2014 saw a nod for The Wolf of Wall Street, 2007 for Blood Diamond, 2005 for The Aviator, and 1994 for What’s Eating Gilbert Grape — while nearly any other movie he’s been in has been graced with a nom in the shape of a Golden Globe. So yes, Leonardo DiCaprio is thirsty. But why hasn’t he won?

Or more specifically, what does it take for the stars of our teen dreams to win? Ben and Matt aside (who arguably began gracing the likes of Seventeen, YM (RIP), and the walls of our bedrooms because of their Good Will Hunting success), the Academy consistently sends a strong message to actors whose pasts are woven in the inflatable furniture used to read teen magazines on: Transform into an act-or.

And by that I mean, they need to get serious. Where our teen ‘throbs once posed for shots in the spirit of stock image photography tagged “teeth whitener” (and/or “casual, crossed arms”), Oscar winners are to be stoic. They’re to laugh reluctantly. They’re to roll their eyes if you bring up the past.

Like Jared Leto (who won an Oscar for Dallas Buyers Club in 2014), they’re to evoke such a dedication to their craft that you wonder, if you were to see them at a party, they would insist on reciting a monologue just to prove how serious they are.

Or, like Mark Wahlberg (aka Marky Mark aka former Calvin Klein model aka Oscar nominee for his role in TheDeparted), they’re to prove toughness and grit by taking on a character that’s, say, so rooted in his own Boston upbringing that you wonder how you were allowed to listen to the Funky Bunch in the first place.

Translation: Erase all history of teen dream past.

And that’s what makes the Academy’s method so frustrating. Instead of arguably seeing actors’ positions on the ’90s/naughties heartthrob circuit as a stepping stone or even just another role, our former boyfriends’ credibility seems tainted by phases most of us went through ourselves — or would have, given the chance to be rich and famous as teens.

Or maybe I’m being too cynical. Maybe the reason Leo hasn’t actually won an Oscar yet is because he’s vying for it in the same way I once pursued crushes in college bars (embarrassingly obvious). Maybe Channing Tatum got snubbed for Foxcatcher last year because the Academy were embarrassed they’d slept on nominating She’s The Man (one of the greatest movies in the world) back in 2006. Or maybe they’re bitter that Joshua Jackson, Devon Sawa, and Omar Epps went to television, so now everyone must suffer.

Or maybe I’m reading way too much into this and, certain the Academy are grounded in outdated approaches to movies and pop culture entirely, I’ve started to see this as their own personal vendetta against Leonardo DiCaprio and every other famous boy I knew would totally fall in love with me if they could just meet me one time. Maybe I’m so flummoxed over the absence of Creed or Straight Outta Compton this year that I’m assuming the Oscars are out of touch to the point of rejecting actors who are now into their 40s, simply because they hate joy.

Or maybe that’s why I didn’t like The Revenant. Because, while I can appreciate my boyfriend’s commitment to eating raw bison liver, it looked like he was suffering for the sake of a trophy he’s been consistently denied — instead of hanging out in a YM magazine photo shoot.

Or I could always just be super jealous of the bear he spent so much time with.

Do you think this year’s Oscars will be for the ex-‘throbs? Let us know @britandco!