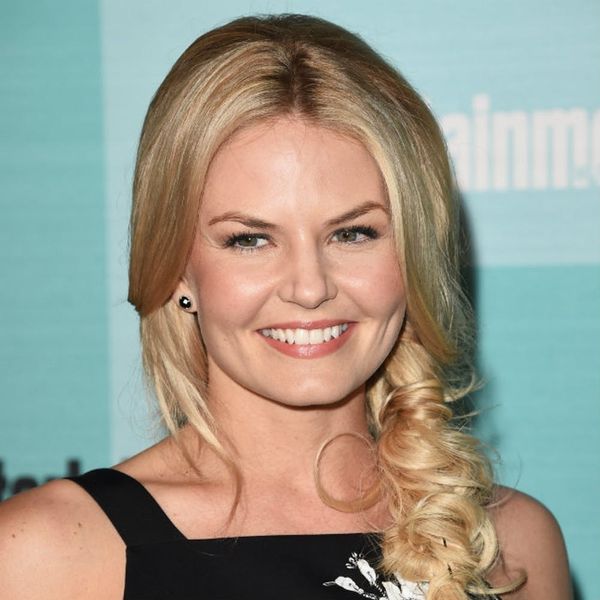 With season five of Once Upon a Time wrapped, we not only have some recs for similar shows that’ll suck you in until your fave fairytale is back, but we have some real talk from Emma Swan, err, Jennifer Morrison herself on some dark magic she deals with in real life. We’re talking about migraines, people.

When Jennifer first started getting migraines three years ago, she wasn’t sure what was wrong with her, which was understandably terrifying. “Because my migraines would start with blurred vision, I would get very scared because I didn’t know what was happening. Your brain can go to really terrible places imagining the worst,” Jennifer tells us about her first months of getting migraines. “I felt very helpless and I felt very scared at the time,” she says. Jennifer hopes that More to Migraine will be a plentiful source of info for fellow migraine sufferers.

Her solution is so genius and simple, yet so easy to forget. She focuses on staying ahead of her condition by getting enough sleep and MAJORLY hydrating, because, she explains: “I can’t take a sick day.” Sleep and H2O? Yup! Now she’s trying to help others by speaking out with More to Migraine to help raise awareness about the condition, which is three times more common in women than men. Minus a few scary episodes in the past, Jennifer Morrison has figured out how to manage her migraines… and she didn’t even need a fairy godmother.

In fact, Jennifer’s gotten such a great handle on her condition that she’s been able to carve out the time to venture into a new career path: directing. Last year, she launched her own production banner, Apartment 3C Productions, and made her feature film directorial debut with Sun Dogs. “I’ve always gravitated toward directing. I’ve really just always had a love for it,” she tells Brit + Co.

As long as it doesn’t prevent her from entertaining us every week in Storybrooke, we’re thrilled to see more of her work out there AND a strong addition to the roster of female directors in Hollywood.

Do you get migraines? How do you deal with them? Tell us @BritandCo!

Meredith Lepore
Meredith is a freelance writer/editor who writes for Levo League, Bustle, Refinery 29, Instyle.com as well as magazines including Marie Claire, SELF, Women's Health and Cosmopolitan. Before going freelance she was Editor in Chief of the women's career site The Grindstone. She earned her Masters in Magazine, Newspaper and Online Journalism from the Newhouse School at Syracuse University. Meredith resides in New York full time and enjoys SoulCycle, jogging and playing with her Yorkshire Terrier Otis, who also loves SoulCycle.
Womens Health
Celebrity News
Womens Health