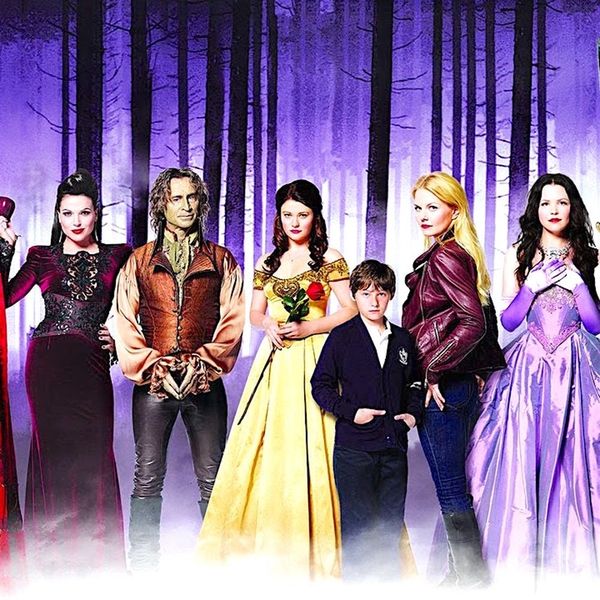 Every week, hit shows are ending, but luckily, we’re here with show recommendations to help fans fill that show-void (coined it!). Last week, Scandal fans got some TV show love, and this week, Once Upon a Time season five is drawing to a close. If there’s one thing we’ve all learned by now, it’s that there are thousands of different ways of interpreting the same fairy tale — but we’ve also learned that nobody can update a story we think we all know quite like Once Upon a Time. So for those looking to get their fix of the Storybrooke world between seasons, we’ve got five more shows so fantastical, they’ll put you under a spell until the next premiere.

Grimm is kind of if Once Upon a Time and True Detective had a baby. The show takes some of history’s darker fairy tales and reimagines them with all the adrenaline of a cop drama. Grimm is available from NBC, Hulu and Amazon. (Photo via NBC)

Not only is Merlin an attention-grabbing royal fantasy drama, it will also immediately intrigue all lovers of the British accent. (Plus, it will make you appreciate the badass ladies of Once Upon a Time who act as their own knights in shining armor.) The show’s ready to watch from Hulu and Amazon. (Photo via BBC)

If there’s one thing Once Upon a Time does superbly, it’s create interesting characters who blur lines. But if you’re looking for an old-fashioned good-versus-evil crime-fighting fairy tale, check out the CW’s Supernatural, about a pair of brothers who travel across the country fighting supernatural evil, X-Files style. Watch it on the CW, Amazon and Hulu. (Photo via CW)

IF YOU LIKE CREATURES IN THE HUMAN WORLD, WATCH BEING HUMAN

Everybody’s had a roommate who’s a real beast, but who among us can say that they’ve lived with a literal blood-sucking vampire? If you’re on the lookout for a fantasy comedy with a bit of horror, this British hit should fit the bill nicely. Stream it now from Amazon and Hulu. (Photo via BBC)

IF YOU LIKE MODERN SPELLS, WATCH WITCHES OF EAST END

Perhaps the most jealousy-inducing parts of Once Upon a Time are when the characters are able to get themselves out of trouble with spells. For those that are consistently drawn to the show’s more magical side, Witches of East End will provide more of the same — only this time it’s set in the suburbs with a family of cool lady witches. You can watch it on Amazon and Lifetime. (Photo via Lifetime)

Know any other similar shows? Let us in and drop us a line @BritandCo!

Cailey Rizzo
Cailey is a junkie for all things pop culture. She studied journalism and English literature at SUNY Purchase, then continued studying French cinema and literature at Paris IV Sorbonne. She currently lives in New York where she can often be found singing '70s music at karaoke bars.
Streaming
Tech
Streaming